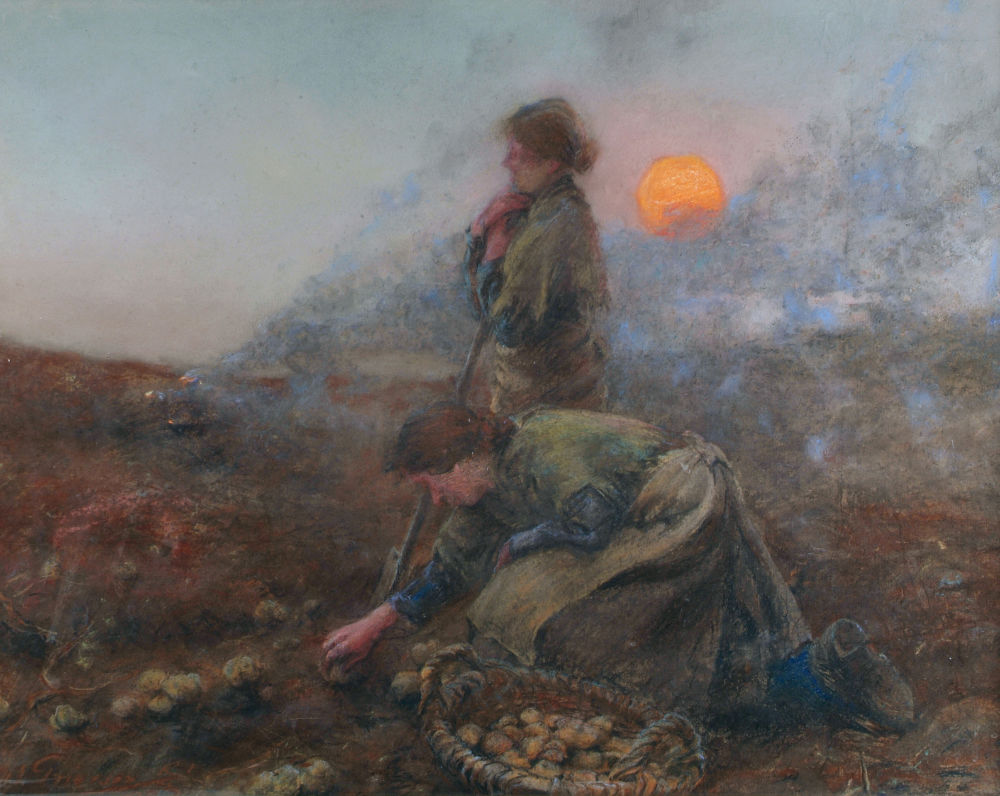 ‘The rapid rise in the price of potatoes is a matter of concern to every householder. It is quite true that the crop last season was below the average, but the shortage resulting from that cause could not account for the alarming advance of prices in Dublin and in the markets of the North during the past week.

The shortage, which has been felt in England, France, and other countries, has caused a rise in prices in Ireland, and the tempting prices offered for potatoes to be exported to these countries are in a great measure responsible for the higher prices and the smaller supplies for the home market.

The interference with transit facilities and with the normal flow of trade between the South and North must also have had a serious effect…With the alarming neglect of tillage resulting from the present unsettled conditions in the country it looks as if strong measure would also be needed to avert even more serious shortage of root crops during the coming winter.

At UCD (University College Dublin), an electoral pact committed both Sinn Fein sides to running pro- and anti- Treaty candidates on a joint ticket and to establishing a coalition government after the election. The pact depended on Collins' promise to deliver a new constitution that would accommodate republicanism, presumably by relaxing the Free State's imperial connections. That possibility appalled the British cabinet, which soon suspended arms shipments to the National Army and halted the British army's evacuation of Ireland.

Dear Sir, - Permit me, through the columns of your paper to sincerely thanks the I.R.P [Irish Republican Police*] for the successful efforts they made in tracing and recovering my new “Ford” car, stolen from outside Messrs. Johnson and Perrott’s garage [Emmet Place previously Nelson Place) on the 25th April last. The I.R.P. were able to hand back the car to me this evening. Yours faithfully, M. Darlington, 2 Victoria Terrace St. Lukes

*The Irish Republican Police was established by Richard Mulcahy, then Chief of Staff of the IRA in April 1920, and was to have been set up in every IRA Brigade area. Its primary functions were to support Dáil Éireann and the Dáil Courts, and as such were part of the system to undermine British authority in Ireland.