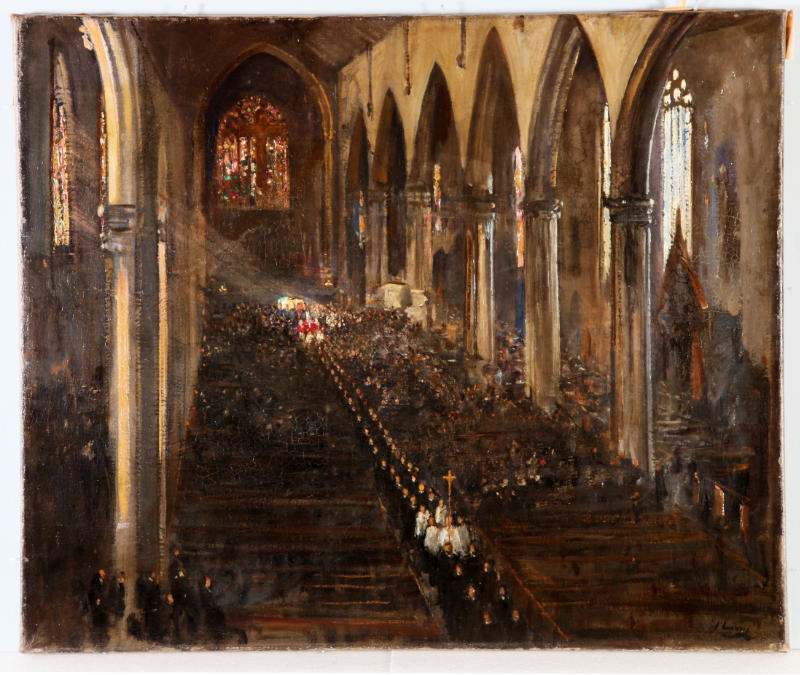 ‘At Cork Harbour Board yesterday, Mr. George Nicholson, Seattle, Consulting Engineer, outlined his scheme for the development of the port. An ultimate expenditure of two million sterling [€145 million today] is involved. He thought that Cork Harbour should be made a national port, if not the national port of Ireland, by the new Provisional Government.

The Chairman said they intended as soon as they could see their way clear, to make a demand on the Irish Government. This improvement was not a matter for Cork – it was a national matter.’

Recent La Revue Français publication devoted to the Irish Cause

Herbert Devine writing in the Sunday Independent details the latest edition of ‘La Revue Français, the celebrated French news journal which ‘is almost entirely devoted to the Irish cause’. Featuring articles including The Irish Race Congress (Paris), Les Irlandais Aux Etats-Unis (The Irish in the United States) and The Irish College, Paris, it also comments on the Irish Art Exhibition (28 January – 25 February 1922) which coincided with the Irish Race Conference in Paris.

‘E.L. de Saint Laud deals with Irish art, ancient and contemporary, tracing the development of decorative art and the illumination of manuscripts down the centuries, and concluding with an appreciation of the Irish Art Exhibition in the Galeries Barbazanges in Paris. He seems to have been particularly struck by Harry Clarke’s weird and wonderful illustrations of Edgar Allan Poe’s tales. He likes the “vigorous” portraits by Sir John Lavery, as well as “La Benediction des Drapeaux” [The Blessing of the Colours] and “Les Funerailles du lord-maire de Cork”[The Funeral of the Lord Mayor of Cork]. And he is delighted with Irish stained-glass.’