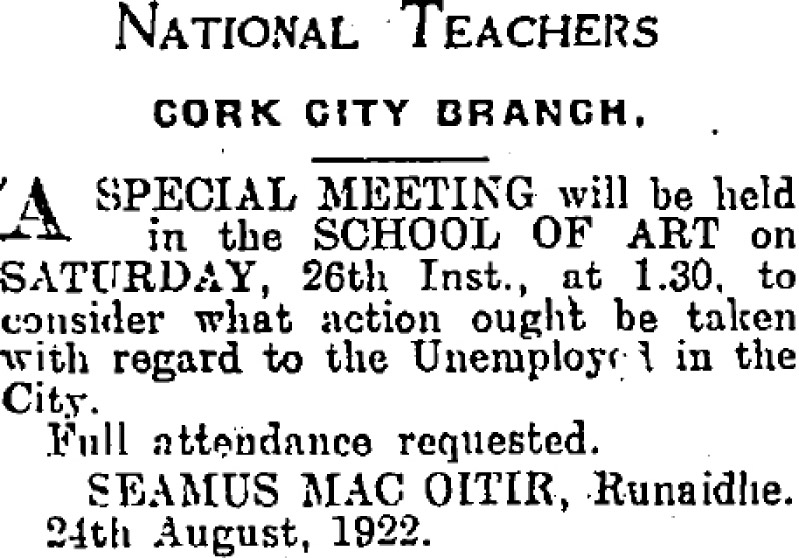 Edward Isherwood, motor-driver aged 22, single, was taken from his residence, 56 Watercourse road, Blackpool, by an armed and masked party in the early hours of yesterday morning. He was shot by them and left for dead in a field some miles away. He escaped however, and is at present detained in the Mercy Hospital Cork.  Before shooting him, the armed party affixed a card to his breast bearing the words: “Convicted spy. I.R.A. Beware”. Isherwood frequently drove cars for the National forces.

[…] Isherwood was a member of the British Military Transport, from which he was disbanded five months ago. Since then he has been employed as motor driver at Messrs. Johnson and Perrott Ltd., and he has frequently driven cars for the National Army. He was through two ambushes within the past ten days or so, one near Macroom a week ago, and the other at Rathcormac. During the latter encounter he had a very narrow escape, the man sitting next to him being wounded.