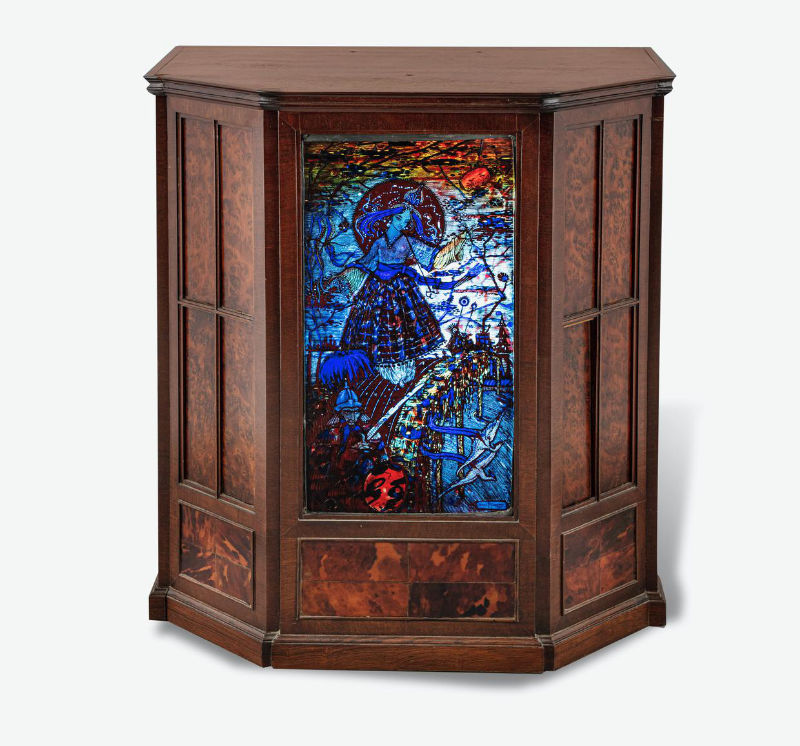 Following the signing of the Anglo-Irish Treaty Lloyd George, (Prime Minister of Great Britain) writes to Arthur Griffiths (Head of Irish Delegation negotiating Anglo-Irish Treaty and Minister of Foreign Affairs, Dáil Éireann) adding ‘we propose to begin withdrawing the military and Auxiliary forces of the Crown in Southern Ireland when the Articles of Agreement are ratified’. (House of the Oireachtas Archive)

Sir- Perhaps you would allow me to call the attention of those who are thinking just now of buying Christmas presents, to the very charming things to be seen at the Arts and Crafts Exhibition in the School of Art. Here, indeed, are presents that will not only delight but honour those who are lucky enough to receive them.

Here are drawings by Mr. Harry Clarke, that probably excel any things of the same kind that our day has witnessed. Personally, I think that money invested in them can be depended on to come back at least twofold, if the purchaser so wishes, as the artist is just at the beginning of his fame.

Soon his name will be known all over the world, both for his black and white work and his stained glass. Of his glass there is one exhibit that simply takes one’s breath away. Mr. Clarke, though the most famous, is not the only exhibitor. Here also are precious enamels, charming embroidery work, and beautiful leather-work, all suitable for this time of year. I mention that the Exhibition has but a few days more to run.

Letter to the Editor, The Irish Examiner published 16 December 1921