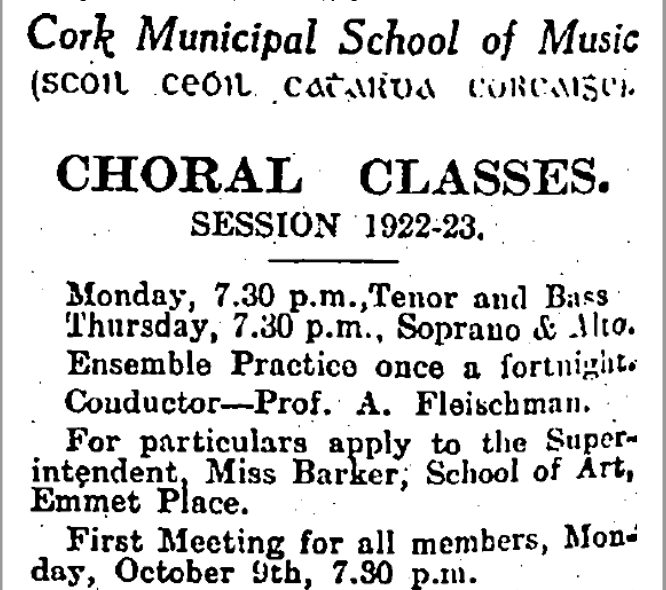 ‘[Before the Hon. the Recorder, K.C.] … In the claim of Messrs. Punch and Co., Academy Street were allowed £316 for the partial destruction of their motor lorry which was commandeered by armed men on July 12th, and was recovered at Cobh barrack on August 11th. Its value when it was found was about £20, and it cost £376. The engine had been dismantled and smashed with a hammer, the front wheels and seven tyres were missing, and other damage was caused.’

CORK MUNICIPAL SCHOOL OF MUSIC AT CORK SCHOOL OF ART

A deputation was appointed to wait on the military authorities to request the vacation of the School of Music.’