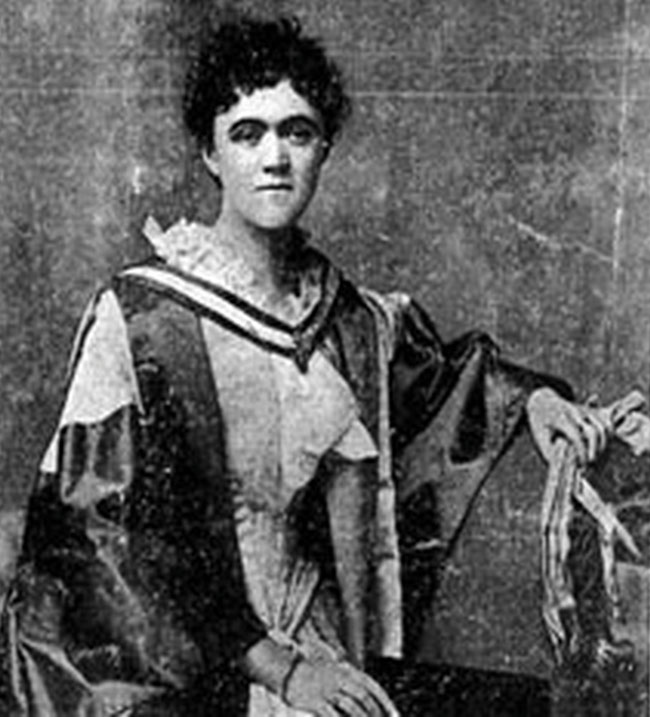 A SERIES OF LECTURES ON THE HISTORY AND SCIENCE OF IRISH FOLK MUSIC BY DR. ANNIE PATTERSON

“The Lectures will be delivered [by Dr Annie Patterson] every alternate Thursday at 4p.m., in the LECTURE THEATRE, SCHOOL OF ART. Attendance at these lectures is compulsory on Students of the School of Music. A limited number of the Public will be admitted at a charge of 1s. [one shilling] each lecture. F.B. Giltinan. Secretary”

Dr Annie Wilson Patterson (1868-1934) was a musician, author, composer and music teacher born 27 October 1868 in Lurgan, Co. Armagh. She attended Alexandra College, Dublin, on a scholarship and continued her studies obtaining a degree and a masters degree from the Royal University of Ireland (RUI) which taught Music in today’s National Concert Hall, Earlsfort Terrace, Dublin.  Patterson received her doctorate in 1889 becoming the first Irish or British woman to hold a Doctorate of Music and was RUI’s first official Doctor of Music.

In 1897 she co-founded the Feis Ceoil festival in Dublin and was perhaps the first known woman to be involved in the language movement: 'The leading spirit of the Irish Musical Revival' is how the publication Irislháar na Gaedhilge (1 April 1985) describes her. She contributed to the main resolution regarding the revival of the language at a conference held by the Confederation ('Feis') in Cork, 17 April 1895. She published Six original Gaelic songs in 1896.

In 1909, Annie Patterson became the organist at Saint Anne’s Church, Shandon in Cork City prompting her to write a choral piece The bells of Shandon. She was examiner in music at the Cork Municipal School of Music (1914-19) and in 1924 she was appointed corporation Gaelic music lecturer at University College Cork – the costs of the position were paid by Cork Municipality – a position she held until her death on 16 January 1934 at 43 South Mall, Cork.

Having published ten books including Schumann (1903), How to listen to an orchestra (1913), and The Profession of Music (1926), Patterson also contributed to various journals and gave a series of popular radio broadcasts. Under the name ‘Niamh’, she wrote articles in the Journal of the Ivernian Society. She had three versions of her name in Irish: Eíthne Nic Pheadair, Áine Nic Pheadair, and Áine Nic Ghiolla Pheadair.