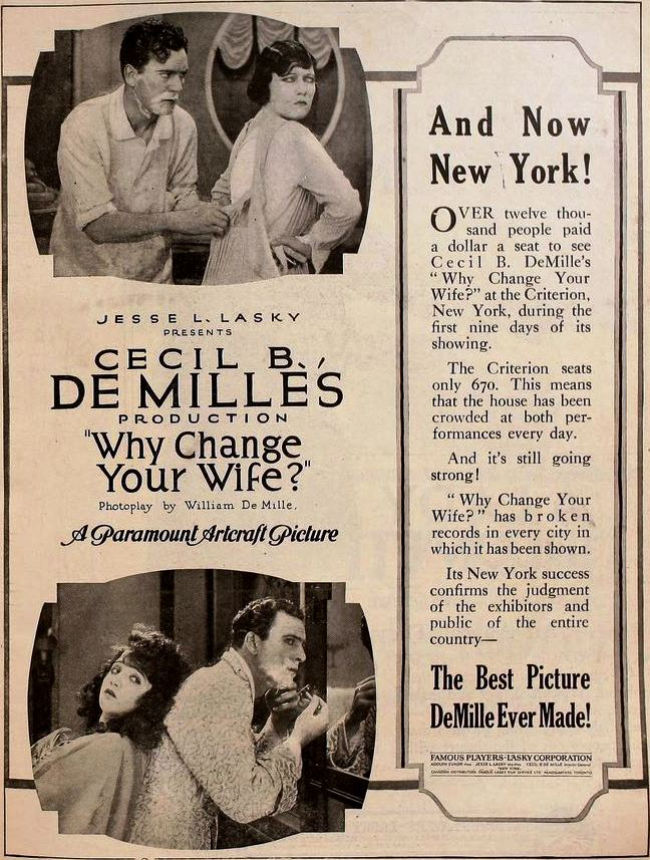 Advertisement for the film Why Change Your Wife? (1920)

Elections to the Third Dáil

At the time of writing the results or the elections are not quite complete. The feature of the election was not so much the defeat of some anti-treaty candidates as the overwhelming success of the labour nominees. At the moment but one out of eighteen labour men has been defeated and he by only a short head by Mr. McGrath, who used up all the surpluses of his panel colleagues to scrape in.