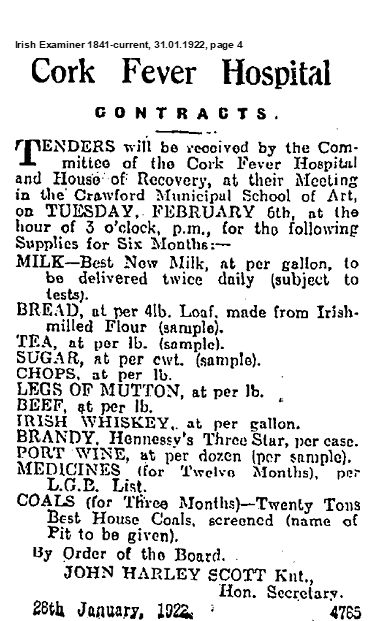 The Cork District Council of the Cumann na mBan, by 16 votes to 7, rejected a resolution put forward by opponents of the Treaty.

The resolution was proposed by Poblact na h-Eireann and seconded by the Cork branch, was as follows:

‘That this meeting of the District Council re-affirms its allegiance to the Irish Republic, and condemns without qualification the betrayal of that Republic by the signing of the Articles of Agreement in London on Dec. 6, 1921.

‘That it pledges itself to uphold by every means in its power the Republic established by the Irish people against any and all attempts at its subversion, and that, furthermore, it repudiates the action of the 64 men who, elected to represent the Republic of Ireland, have foresworn their allegiance to the Republic in voting for this settlement (the Anglo-Irish Treaty)’.

A poll was taken with the result stated.