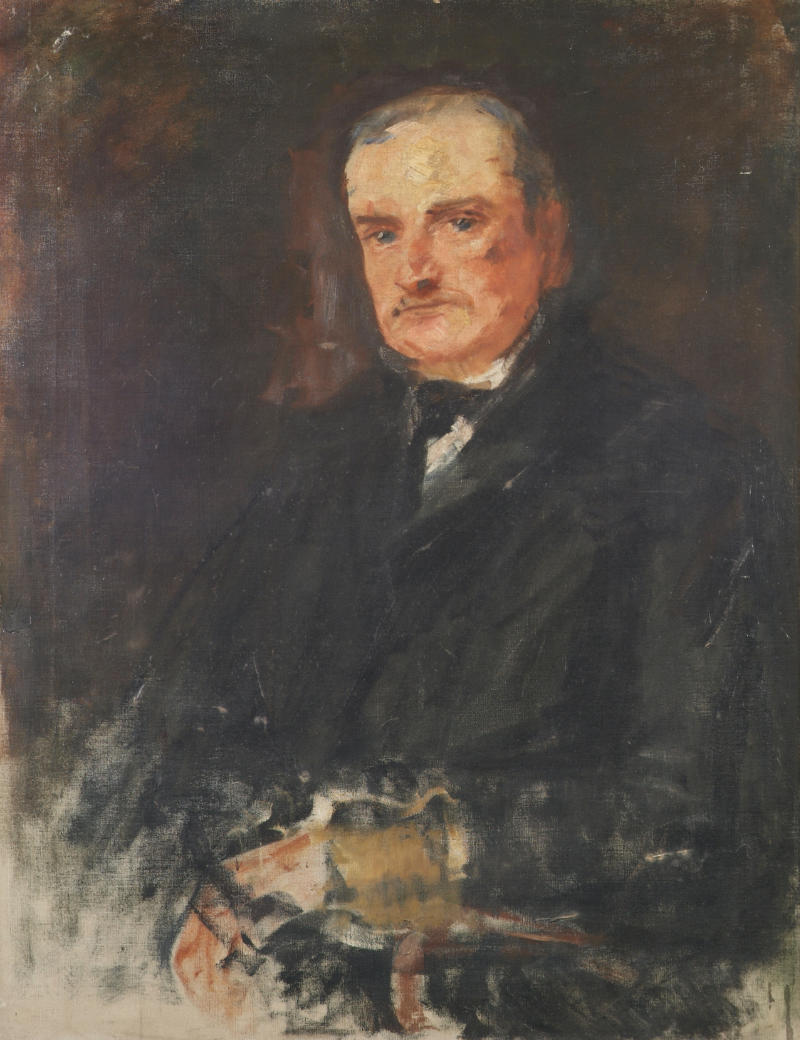 ‘On Friday last, in New York, there passed away one of the most remarkable Irishman of our time, who in his 83rd year retained an astonishing intellectual vitality, a great deal of the freshness of a boy, and an unwearied delight in life. John Butler Yeats, like many Irishmen, had something of that varied capacity that we see in mediaeval Europe, where a man might be an artist, architect, painter, poet and statesman and show efficiency in all.

‘Mr. Yeats was a painter, a literary man, a lecturer and philosopher, an essayist and story-teller, a poet and orator…one can easily see that potential in Mr. Yeats himself is all the genius that in his sons (Jack and William Butler Yeats) has channelled for itself two definite courses.’

Exhibits in the Barbazangee Gallery in Paris

‘It was originally intended to hold the Exhibition of Irish Art which is now on view at the Barbazangee Gallery in the Rue de Fauborg St. Honoré, in conjunction with the Irish Race Congress, but the difficulties of getting the exhibits transported here in time and delays in printing the very handsome catalogue prevented the exhibition from opening until this week… The only representatives of the more celebrated group of artists whose work is included here are Sir John Lavery and Mr. Festus Kelly [along with ‘Mr. and Mrs. Paul Henry, Jack Yeats, Mr. Harry Clarke and Mr. Keating’]. The rest of the exhibition consists entirely of work by painters and artists who are living or have lived and work in Ireland and the result is to give to the exhibition as a whole a character more distinctively Irish than anyone would have believed possible who had seen these pictures only in Ireland.

‘From a spectacular point of view the most arresting exhibits are Sir John Lavery’s five portraits of the Plenipotentiaries who signed the Treaty in London. …[and] the small canvas of Lord Mayor MacSwiney’s funeral in Southwark Cathedral which is a very beautiful painting and full of tender feeling.’

‘In a preface to the catalogue of the exhibition M. Arsene Alexandre, one of the most distinguished of contemporary art critics in Europe…’ I mean, above all, that Ireland herself possess in such treasures of inspiration ample material for a school of artists who need never look outside their own country for subjects for their art. This school, which has already created a rich decorative art, owing its inspiration directly to the forms and the colours suggested by the flowers, the fields, the skies of Ireland.’

(Extracts ‘From Our Own Correspondent’, Freeman’s Journal, 10 February 1922)