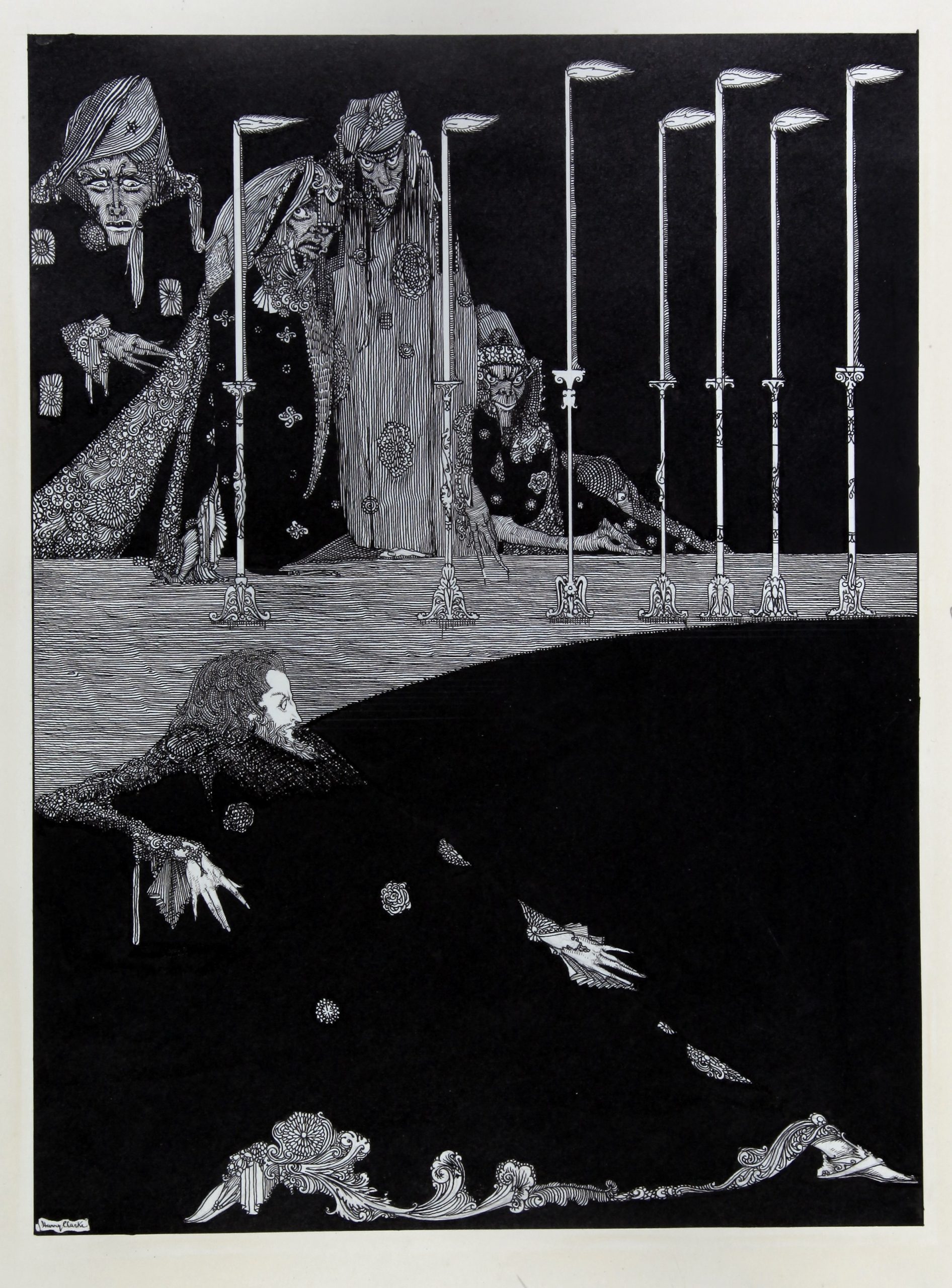 For this WORK OF THE WEEK, we take a closer look at one of the 23 watercolours and drawings by Harry Clarke in our collection.

This stunning pen and ink illustration conjures up the ‘delirious horror’ of its sinister source text, “The Pit and the Pendulum” (1842). Clarke created it as part of a commission for a lavish new edition of Edgar Allan Poe’s Tales of Mystery and Imagination published in 1919 by George G. Harrap. A copy would have set you back five guineas a century ago!

The story concerns a narrator, our central figure, who is condemned and tortured under the Spanish Inquisition. It is a dark and sensational tale in which the seven candles of this image represent his move from hope to despair. Clarke was evidently drawn to the grotesque and sensual qualities of Poe’s writing, while the resulting illustrations helped to establish his own growing reputation.

Acquired through our Gibson Bequest fund in 1924, Clarke’s work was, however, not entirely approved of. In committee minutes from that year, a panel of ‘Expert Advisors appended a note to their report in reference to one work by Mr Clarke titled A Man of the Crowd stating owing to the nature of the subject and the Hogarthian treatment, it may not meet with general approval as a work suitable for inclusion in the collection.’

Harry Clarke’s The Pit and the Pendulum (c.1919) is featured in THE GIBSON BEQUEST 1919-2019: Selecting, Collecting & Philanthropy.