THE GIBSON BEQUEST: Home & Away 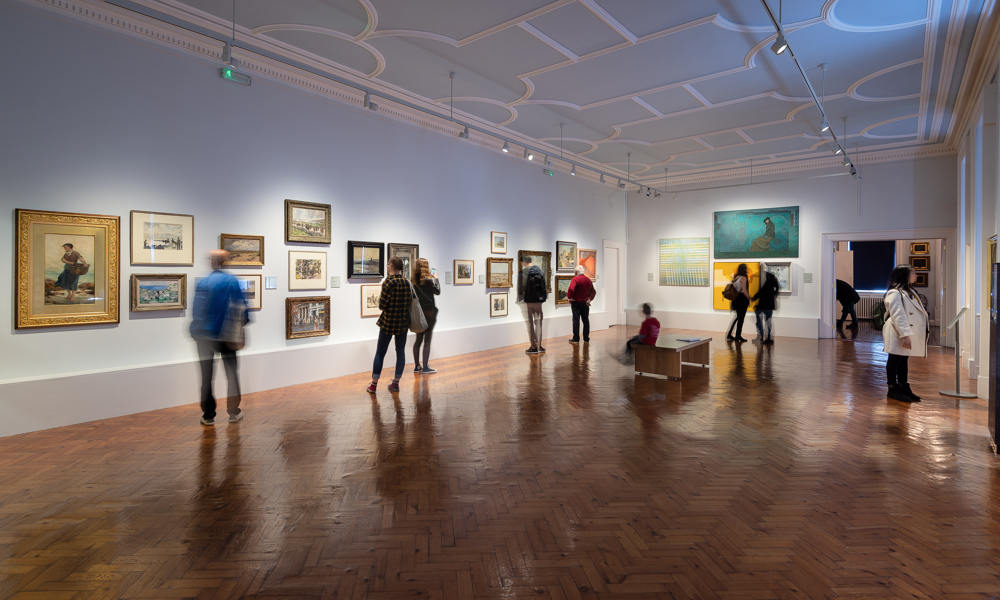 On 3 February 1919, Joseph Stafford Gibson died in Madrid. In his will, the native of Kilmurry, County Cork bequeathed his collection of ceramics, coins, engravings, miniatures, silverware, watercolours, and £14,790 (today close to €750,000) ‘for the furthering of art in the city of his boyhood.’

The earliest purchases made under the Gibson Bequest coincided with a tumultuous time for Ireland – the Irish War of Independence and the Irish Civil War framing the emergence of the Irish Free State. The young nation’s subsequent neutrality during ‘The Emergency’ (Second World War) may suggest an increasing distance from world affairs that is contrary to the outlook of the Gibson Bequest Committee.

Perhaps informed by the international life of Joseph Stafford Gibson (1837-1919) himself, works collected in his name demonstrate a distinct outwardness and appetite for British and French contemporary artists, as well as those from Ireland. Moreover, exceptional local artists benefited from Gibson Scholarships which enabled them to travel to and study in London, Madrid, Bayreuth, Paris, and Rome.

You are invited to journey through the work of 35 Irish and international artists to locales – local, foreign, and creative – made before the existence of the European common travel area.