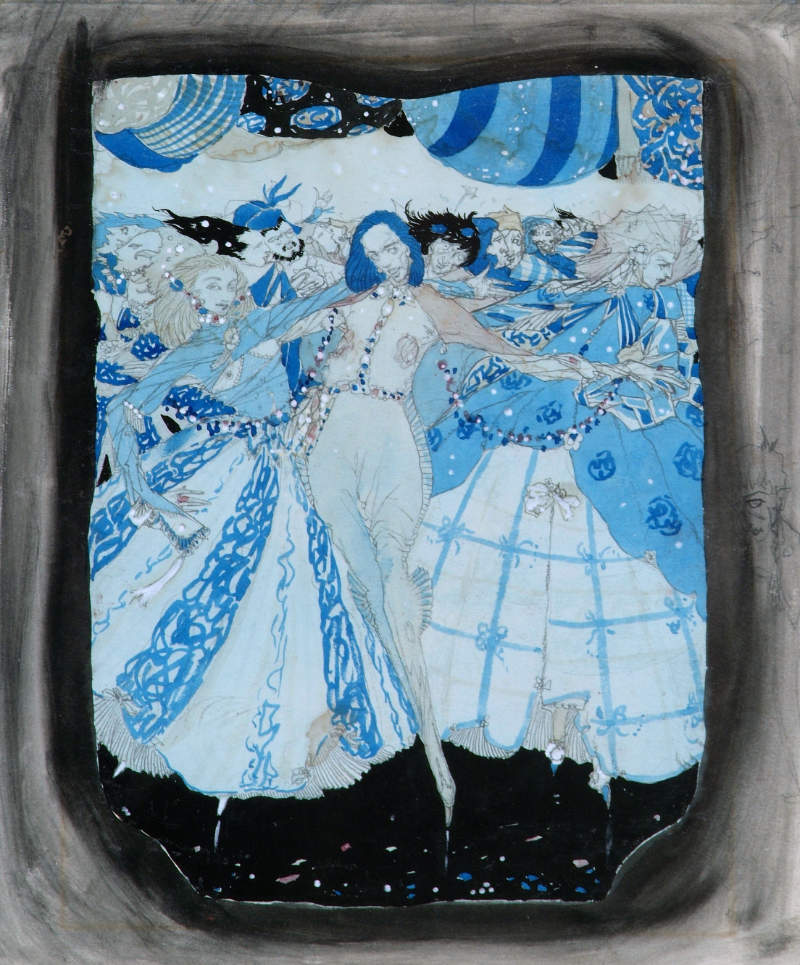 Featured in a new exhibition, this WORK OF THE WEEK is putting us in a celebratory mood!

“At length burst in the argent revelry,

With plume, tiara, and all rich array,

The brain, new stuff’d, in youth, with triumphs gay

Set within a castle on the wintry Eve of St Agnes (20 January), a host of revellers gather and dance beneath a patterned canopy. Leading the festivities, three figures in the foreground are dressed to perfection; their bodies elegantly elongated in a manner characteristic of the artist.

A watercolour study for his famed The Eve of St Agnes stained-glass window (1924), Clarke cleverly unites this scene through the upward gazes of the background figures: above this – in Soon, up Aloft, the Silver, Snarling Trumpets 'gan to Chide – he places an image of a seven-piece ensemble of musicians led by a flamboyant conductor.

Composed largely in tones of blue, Clarke’s design was translated into stained glass with the assistance of Kathleen Quigly (1888-1981). Once completed, The Eve of St Agnes was described as “a revel in blue.” This scene, however, would ultimately be rendered in purple, pink, and orange tones.

At Length Burst in the Argent Revelry (c.1923) is featured in PHANTOMS & PHANTASIES: Harry Clarke Watercolours (Floor 2) until 14 February.