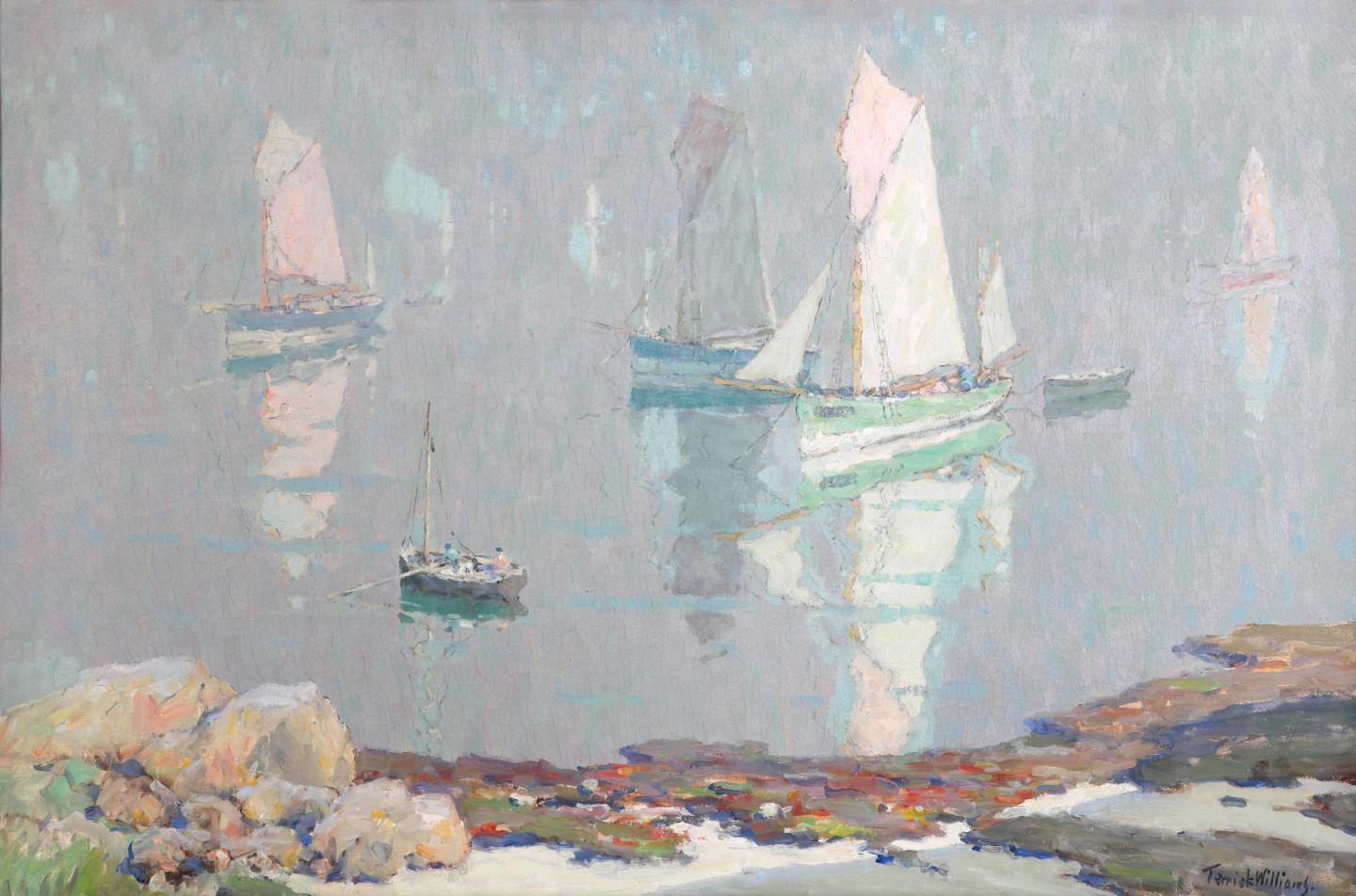 ‘When I was on holidays with the kids and we’d get up early and go down to the harbour – that’s what it looked like; it looked misty… and kind of magical.’

We love this recent visitor response to our current WORK OF THE WEEK – Morning Haze, Concarneau (c.1929) by Terrick Williams. In this atmospheric impressionist painting, pleasure craft are gently reflected in the Atlantic waters near an old Breton fishing port. The delicate colour palette of soft greens, blues, and mauves evoke a sense of the start of a warm day, as the haze begins to lift and the sea to gleam. The more saturated colours in the foreground provide a sense of depth. How does it make you feel?

Acquired from the artist in 1935, this is the only work by Terrick Williams (1860-1936) in our collection. He may have been attracted to the Finistère region because of the Concarneau art colony founded by Alfred Guillou (1844-1926) and Théophile-Louis Deyrolle (1844-1923).

As with Norman Garstin (the artist behind our previous Work of the Week), Williams studied under Charles Verlat in Antwerp. He subsequently trained under William-Adolphe Bouguereau at the Académie Julian in Paris and, from 1891, began to exhibit at the Royal Academy of Arts. In 1933, he was elected President of the Royal Institute of Painters in Water Colours.