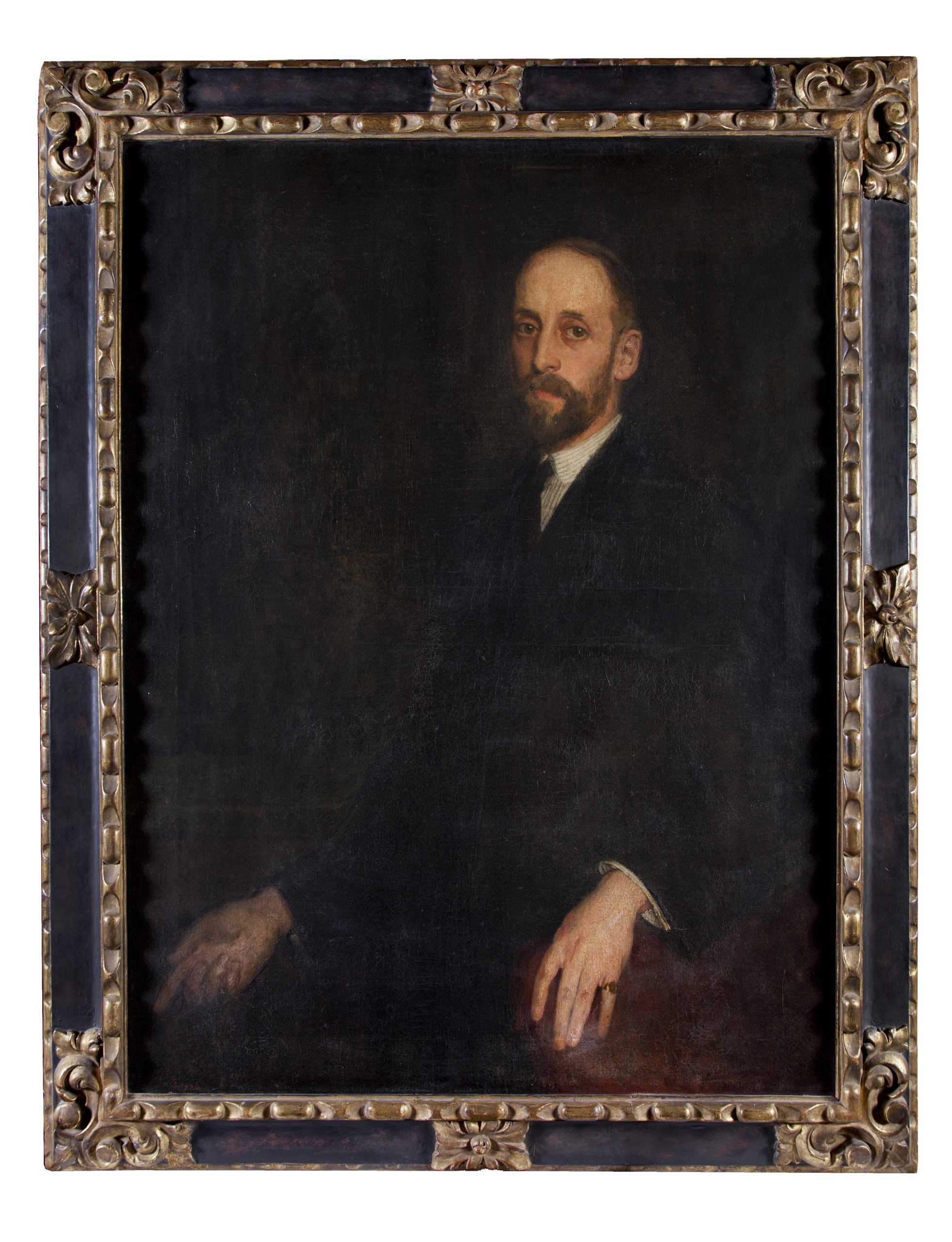 For this WORK OF THE WEEK we remember Sir Hugh Lane, who died on this day in 1915 aged 39.

Lane was one of 1,198 passengers who lost their lives aboard the RMS Lusitania following a U-Boat attack. In a tragic irony, the ship sank 18km off the Old Head of Kinsale, County Cork, not far from his birthplace.

Hugh Percy Lane was born at Ballybrack House, Douglas, County Cork in 1875, but was raised in Britain from a young age. His parents were James Lane, a clergyman from Cork, and Adelaide Persse of Roxborough, County Galway, while his aunt was Lady Augusta Gregory. Lane was an important figure in the Irish and international art scene in his own right: a noted art dealer and collector, Director of the National Gallery of Ireland, and founder of Dublin's municipal gallery (Dublin City Gallery The Hugh Lane), which still bears his name and is thought to be the world's first public modern art gallery.

This portrait by Sir Gerald Festus Kelly PRA (1879-1972) was purchased in 1961 from the estate of Ruth Shine – Lane’s sister and champion – through our Gibson Bequest Fund, with assistance from the Friends of the National Collections of Ireland. It is a featured work in THE GIBSON BEQUEST 1919-2019: Selecting, Collecting and Philanthropy.