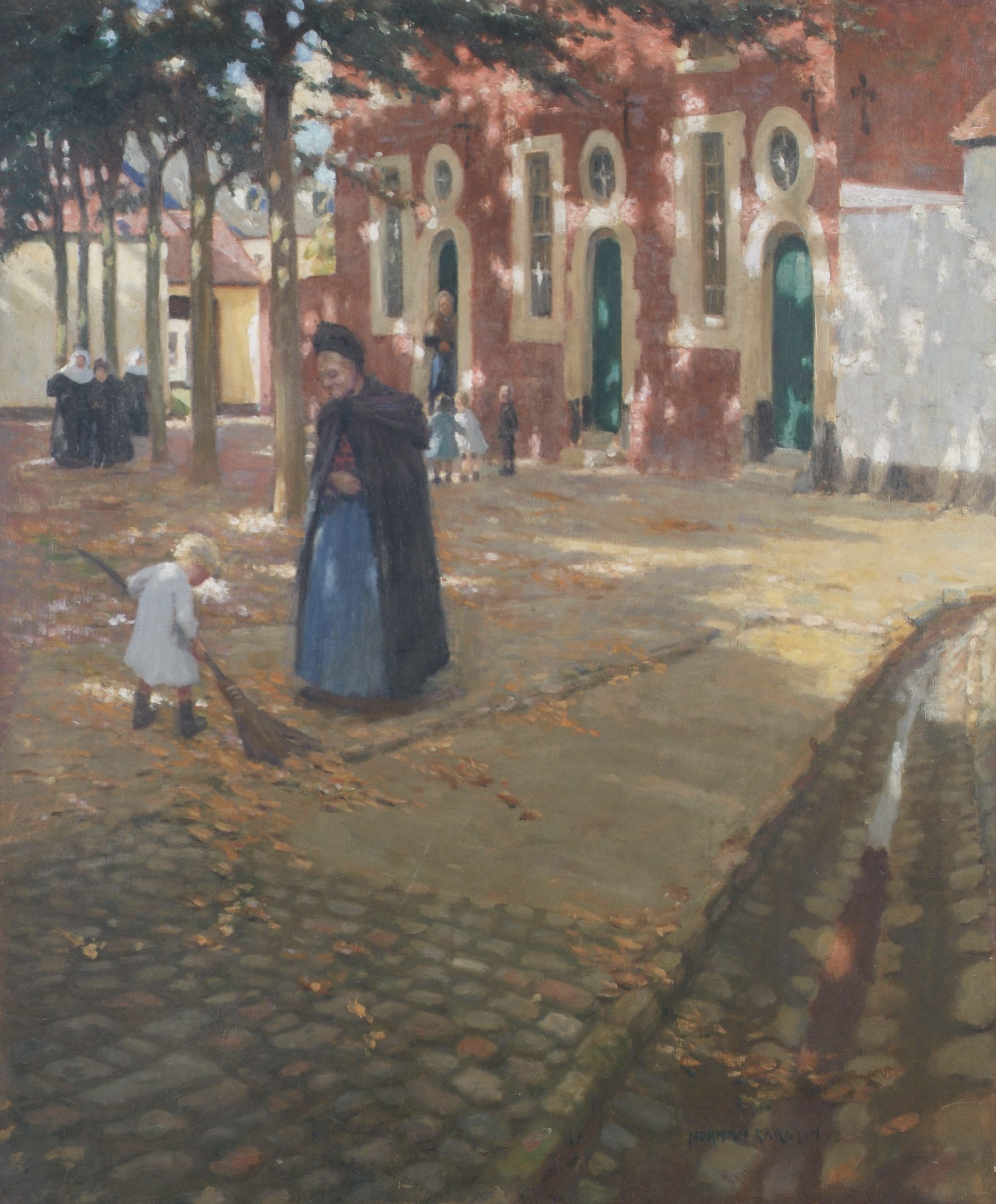 We’re headed to the Continent for this WORK OF THE WEEK – Sunshine in the Beguinage (1908) by Irish artist Norman Garstin.

In the dappled shade of a béguinage (an architectural compound for a community of lay religious women) a blonde child is supervised while sweeping up leaves from the cobblestones underfoot. As the broom is much too big, does the watchful older woman have some time-honoured advice to pass down to the little one? In the background, nuns and laywomen may be seen, while other children wait (patiently?) at a doorway.

As with the Impressionists, whose work he admired, Garstin’s beautiful painting is a study in light and tone, and was likely painted en plein air (outdoors). This work, probably painted at a béguinage in Antwerp or Leuven, is similar in composition to the artist’s later The Red Houses (1912) and in subject to Béguinage Church (Museums Sheffield) and Madonna Lilies.

A native of Caherconlish, County Limerick, Norman Garstin (1847-1926) spent his formative years in Jersey, Cork, London, and Cape Town, before enrolling at the Royal Academy of Fine Arts Antwerp in 1880. He subsequently studied under Carolus-Duran in Paris, where he met Edgar Degas, and travelled widely in France, Spain, Italy, and Morocco.

Garstin settled in Cornwall upon his marriage to Louisa ‘Dochie’ Jones in 1886 and became associated with the Newlyn School. Their daughter Alethea Garstin (1894-1978) also became a noted artist, while their eldest son, writer Crosbie Garstin (1887-1930), was said to be ‘untameable as a child’!

Sunshine in the Beguinage (1908) by Norman Garstin is featured in SEEN, NOT HEARD, which is open daily until 28 October 2019.