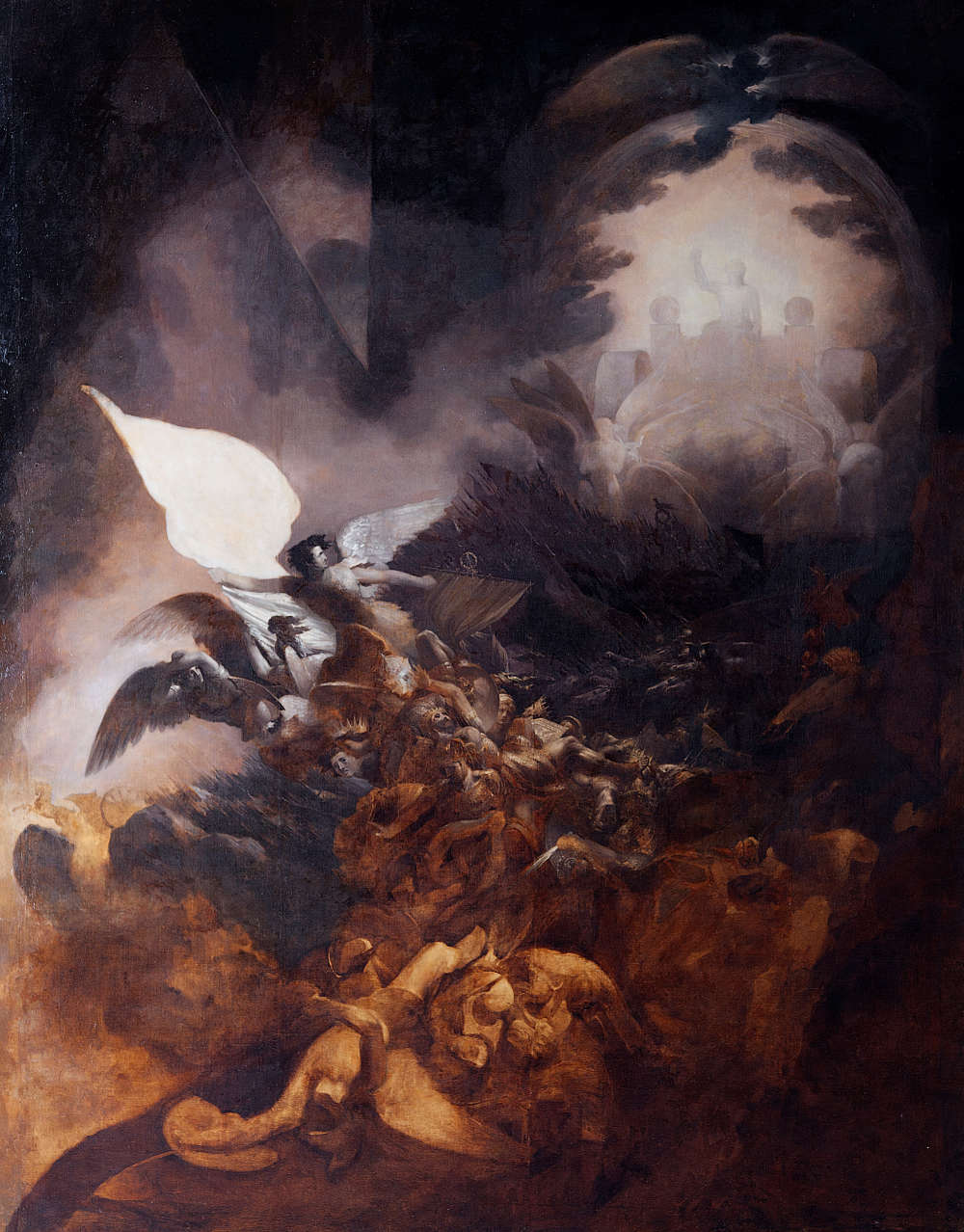 We’re celebrating the anniversary of a Cork great with this WORK OF THE WEEK!

Fall of the Rebel Angels (1828) by Samuel Forde, who was born in Cork city on this day in 1805, is one of the most important works in the collection. Painted when the artist was aged just 23, it represents the pinnacle of a brief yet promising career and was recognised as a masterpiece in its own day.

Measuring almost three metres in height, this monumental canvas dynamically blends two opposing styles – Neoclassicism and Romanticism – to describe the climax to the War in Heaven. The rational order of God’s abode in the top right corner resembles a Classical ideal, while the tangled mass of bodies at the centre reflects subjectivity and the chaos of Hell. Defiantly leading the cast-out legions of fallen angels with is Satan (or Lucifer), his tousled, curly hair suggesting a perhaps relatable Byronic hero.

Samuel Forde (1805-1828) was already suffering from Tuberculosis when he began this painting. Over the ensuing months, and increasingly weak, he worked by candlelight well into the night. On his final birthday, this day in 1828, he found himself without money. He subsequently sold the canvas to William Edward Penrose for 30 guineas but would ultimately leave it unfinished at the end of his short life.

Fall of the Rebel Angels (1828) by Samuel Forde was later owned by horticulturist William Edward Gumbleton and has been in the collection for 110 years. It is currently displayed in our Sculpture Galleries.

The fully illustrated catalogue Samuel Forde: Visions of Tragedy (2014) is available for €7 (+ P&P) from our online shop here.

Tune into The Arts House with Elmarie Mawe on Cork’s 96FM and C103FM every Sunday morning as Conor Tallon chats with assistant curator Michael Waldron about each WORK OF THE WEEK! Listen back to this week's chat here