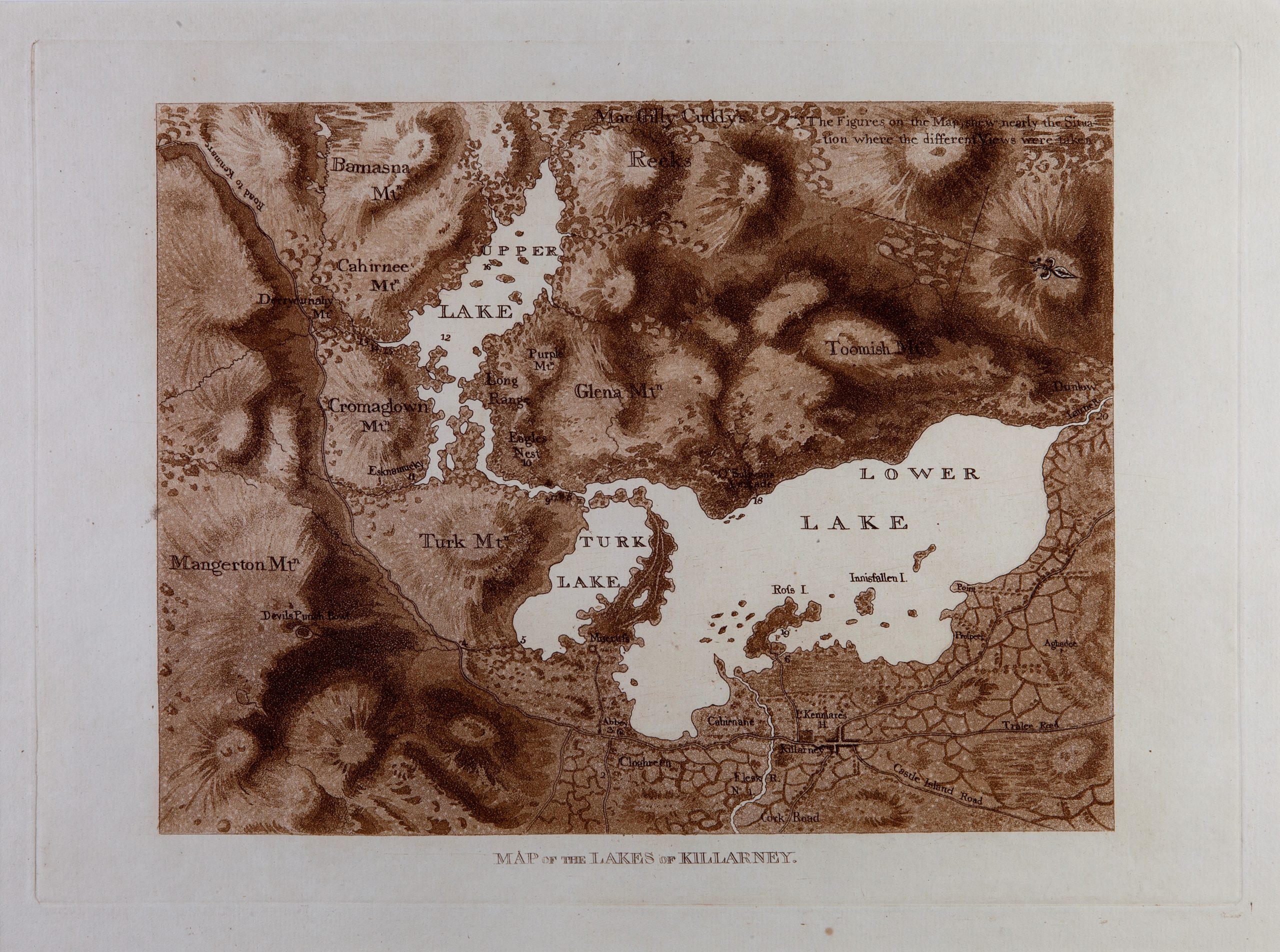 We’re taking an aerial perspective in this WORK OF THE WEEK with a bird's-eye view of Killarney, County Kerry!

Killarney has long captured the imagination of visitors and residents alike, from early Christian settlements in the seventh century to the emergence of tourism 250 years ago. Published in 1789, this gorgeous map by Jonathan Fisher accompanied his series of 20 views of Ireland's most celebrated mountainous landscape. Taking an east-west (rather than south-north) perspective, it predates the Ordnance Survey's more detailed mapping of the region by half a century.

On closer inspection, the map helpfully numbers the principle locations depicted in the artist’s views, from No.1 (bottom centre) which is south of the River Flesk and Lord Kenmare’s House (Killarney House) to No.20 near the Gap of Dunloe and north of the River Laune (top right). It is also interesting to note older place names and spellings, including Turk (Muckross) Lake, Glena (Shehy) Mountain, and Toomish (Tomies) Mountain.

Jonathan Fisher (1740-1809) was one of the earliest artists to popularise this County Kerry landscape. He began his working life as a woollen-draper in The Liberties area of Dublin, before taking up his artistic career in the 1760s. He lived at Ship Street, Dublin with his wife Martha Price – the daughter of a Cork merchant – and supplemented his income with the post of Supervisor of Stamps from 1778 until his death in 1809.

THAT ABRUPT MAGNIFICENCE: Jonathan Fisher’s Views of Killarney runs in our Modern Galleries (Floor 2) until 9 June 2019.