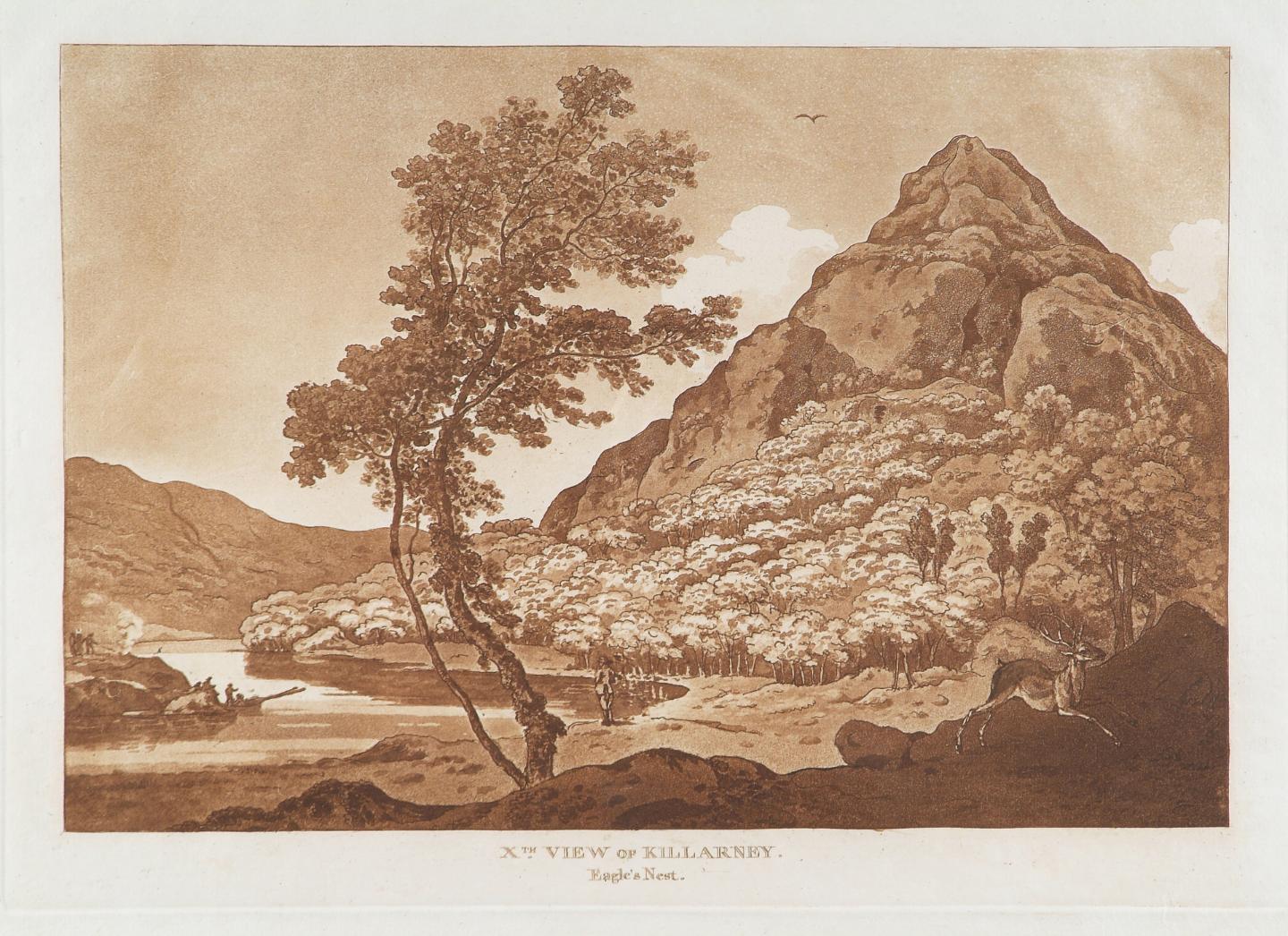 On this rainy Tuesday, we're taking you off to Killarney and to where eagles dwell...

'But on the liquid glass we dazzled gaze,

And fainting ask for shade: lo! where his nest

The bird of Jove has fixed: the lofty brow,

The Eagle's Nest has long captured people's imaginations, as it has poet Mary Tighe (1772-1810) and artist Jonathan Fisher. This distinctive Killarney landmark was popular in the eighteenth and nineteenth centuries with boating parties seeking Sublime nature - and the accompanying feelings of fear and awe. Indeed, in 1780, Arthur Young noted that a cannon was fired here to enhance the visitor experience and that ‘the succeeding echoes resemble a tremendous peal of thunder’ (A Tour in Ireland).

We get a sense of such activity through the various figures (known as 'staffage') populating Fisher's scene and the startled stag at bottom right. The artist takes some license, however, by adding the form of large bird in the sky near the mountain's summit and placing a picturesque tree at the centre of his composition.

Jonathan Fisher (1740-1809) first depicted this rocky outcrop in a painting from 1770, returning to make this view nineteen years later, while Daniel Macdonald (1821-1853) would subsequently paint it in 1841. Fisher was one of the earliest artists to popularise this County Kerry landscape through his series of twenty 'postcard' views of Killarney and its environs from 1789.

THAT ABRUPT MAGNIFICENCE: Jonathan Fisher’s Views of Killarney runs in our Modern Galleries (Floor 2) until 12 June 2019.