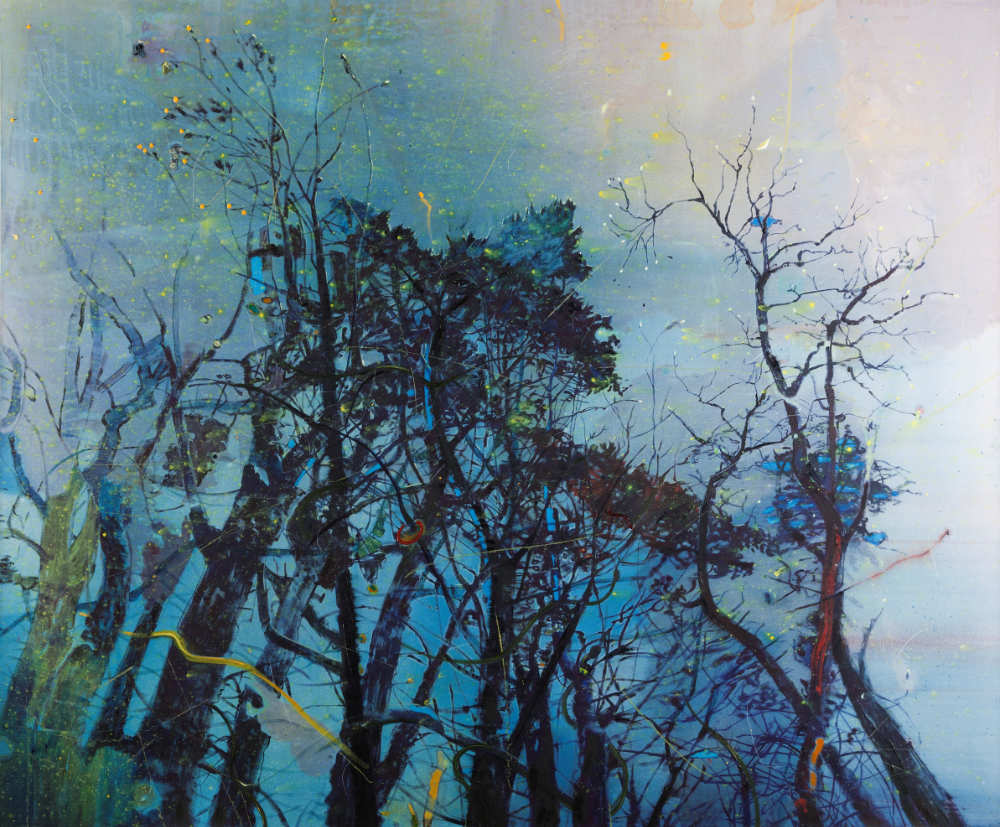 A painting that exists somewhere between the abstract and figurative, Blue Constrictor (2006) by Elizabeth Magill offers the viewer an image of unending contemplation.

The dark silhouettes of both deciduous and evergreen trees rise across this large canvas. Streaks and glimmers of yellow, red, and blue dart among their wintry forms against a softer wash of twilight. The artist’s use of primary colours, however, implies that we are being presented with something constructed, while the uncertain viewpoint and atmosphere suggest the sense of being ‘in between’. Forms on the left even appear as spectres or echoes and tiny mixed media elements figure in the upper branches.

Does the title, Blue Constrictor, allude to a contracting muscle or a large species of snake? Does the perspective have a dizzying effect or make us uneasy? Is it a landscape?

Elizabeth Magill (b.1959) explores the relationship between the Picturesque and Romantic traditions in art. Born in Ontario, Canada, she grew up in County Antrim and now lives and works in London. She studied firstly at the Belfast School of Art and later at the Slade School of Art. Magill has exhibited widely, including at Arnolfini, Limerick City Gallery of Art, IMMA, Hugh Lane Gallery, Tate, and in 0044: Contemporary Irish Art in Britain (1999) at PS1, New York.

Blue Constrictor (2006) by Elizabeth Magill is featured in lucid abnormalities (until March 2021) in our Gibson Galleries (Floor 1).