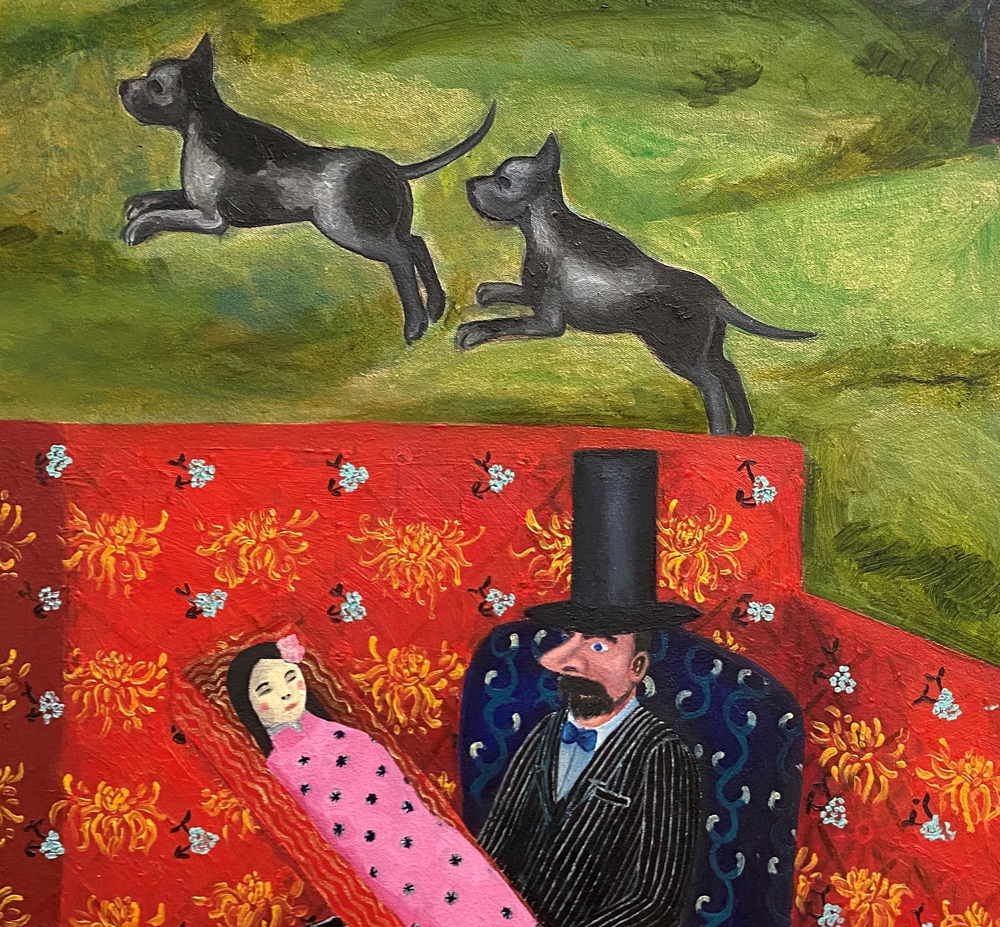 Thrust into a strange time of uncertainty, it is easy to feel on edge, to be unsure of how to behave or react, to have the impulse to escape or to be elsewhere. Moments of calm are held dear. Alone with our thoughts, the familiar might become alien, empathy may be coupled with suspicion, even anxiety. We relate to each other differently.

Even with more familiar works, rather than seeking a narrative or story in them we might instead consider other ways in which they speak to us. Somerville’s The Goose Girl (1888), for instance, could be understood as a reluctance to face reality or a rude awakening, Lavery’s The Red Rose (1923) as reflecting that which is longed for yet unattainable, and Keating’s Men of the South (1921-22) as static, taut symbolism in hard times.

Joining these are paintings by Cecily Brennan, Sylvia Cooke-Collis, William Crozier, Elizabeth Magill, Hughie O’Donoghue, and Patrick Scott; an early work in mixed media by Dorothy Cross is set alongside an expression of becoming by Alice Maher; Suzanna Chan challenges stereotypes of gender and ethnicity; and other works form unexpected pairings that may disrupt attempts at traditional narrative understanding.

The lucid abnormalities between or within the works displayed in our historic Gibson Galleries (Floor 1) present an invitation to retune, explore, and experience parts of the collection through a variety of means – aesthetic, material, thematic, or historic. In thinking outside of the normal narrative displays, sometimes new ideas and associations emerge and can bring us forward.

Some voices are loud, others more subtle, yet all have something to say.