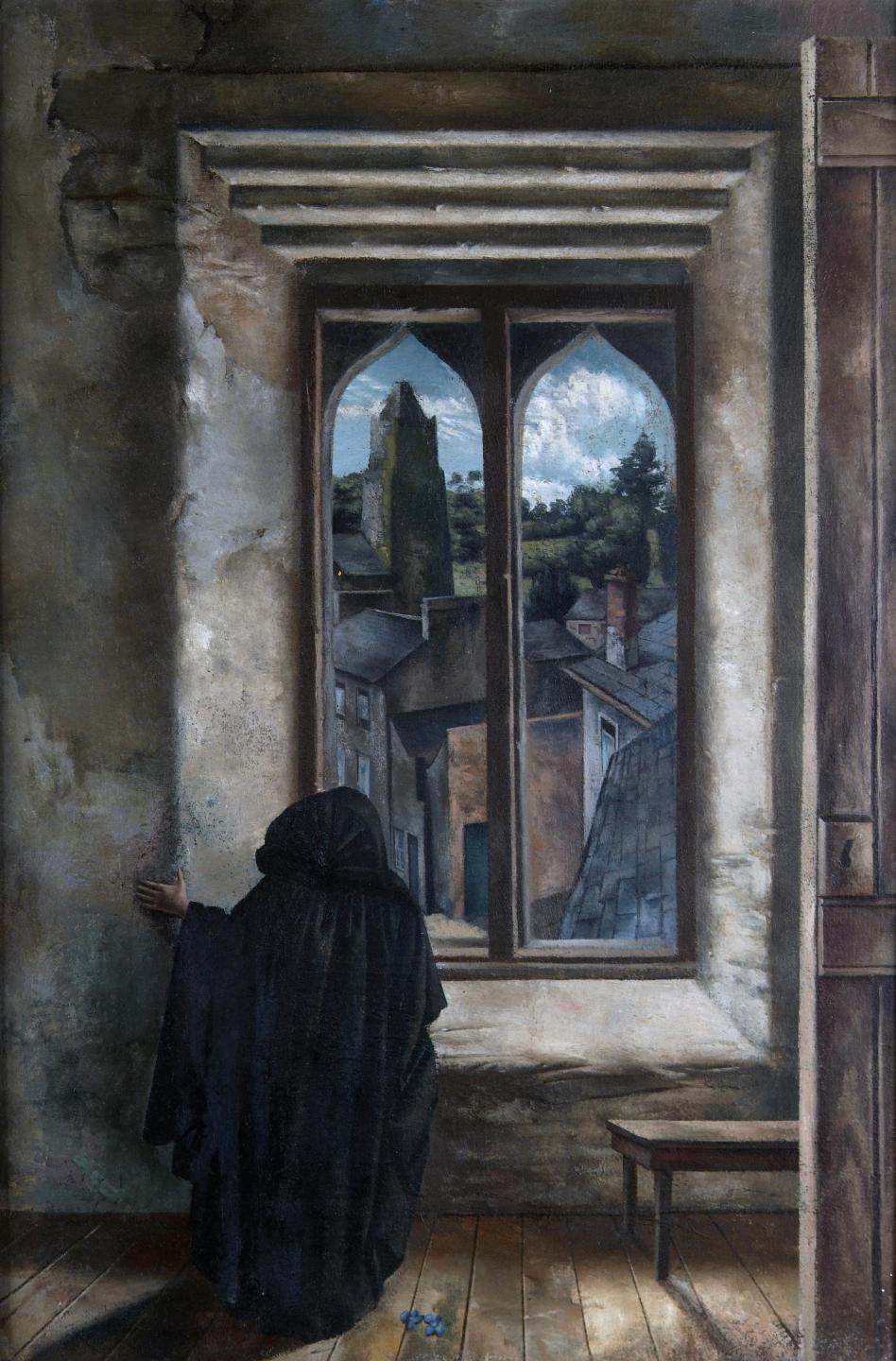 For this WORK OF THE WEEK we celebrate Cork Pride Festival with a mysterious painting from our collection.

Old Kinsale (c.1940) by Patrick Hennessy presents a scene set within Desmond Castle, as a figure looks out at 800-year-old St Multose Church. Their garment is the iconic Kinsale Cloak, a traditional wool brat or mantle that was still worn by women in West Cork until the mid-twentieth century. Once commonplace, the cloak was a unisex garment up to at least the sixteenth century when it was outlawed under the reign of Henry VIII. The poet Edmund Spenser even called it ‘a fit house for an outlaw, a meet bed for a rebel, and an apt cloak for a thief.’

The potential for transgression offered by the cloak seems to have appealed to Hennessy, a regular visitor to Kinsale and ‘Fairyfield’, the home of his friends, Major Stephen and Lady Ursula Vernon. The artist employs the cloak in a few paintings of the period and exploits its enveloping qualities to the fullest. While we might infer that the figure in Old Kinsale is a woman, their identity (gender, sexual, or otherwise) is entirely concealed. They are presumably watchful from within their seclusion – an outsider hiding in plain sight, as the artist himself was as a gay man in conservative, mid-century Ireland.

Patrick Hennessy (1915-1980) was acknowledged as ‘a strange and exotic presence in Irish art’ during his lifetime. Born in Cork in August 1915, he was raised in Arbroath, Scotland following his father's death at the Battle of Passchendaele (1917). In the 1930s, the young artist studied under James McIntosh Patrick at the Dundee School of Art, where he met his lifelong partner, Henry Robertson Craig (1916 -1984). Misunderstood for decades, his work has recently been reappraised by Seán Kissane in the exhibition PATRICK HENNESSY: De Profundis (24 March – 24 July 2016) at the Irish Museum of Modern Art.