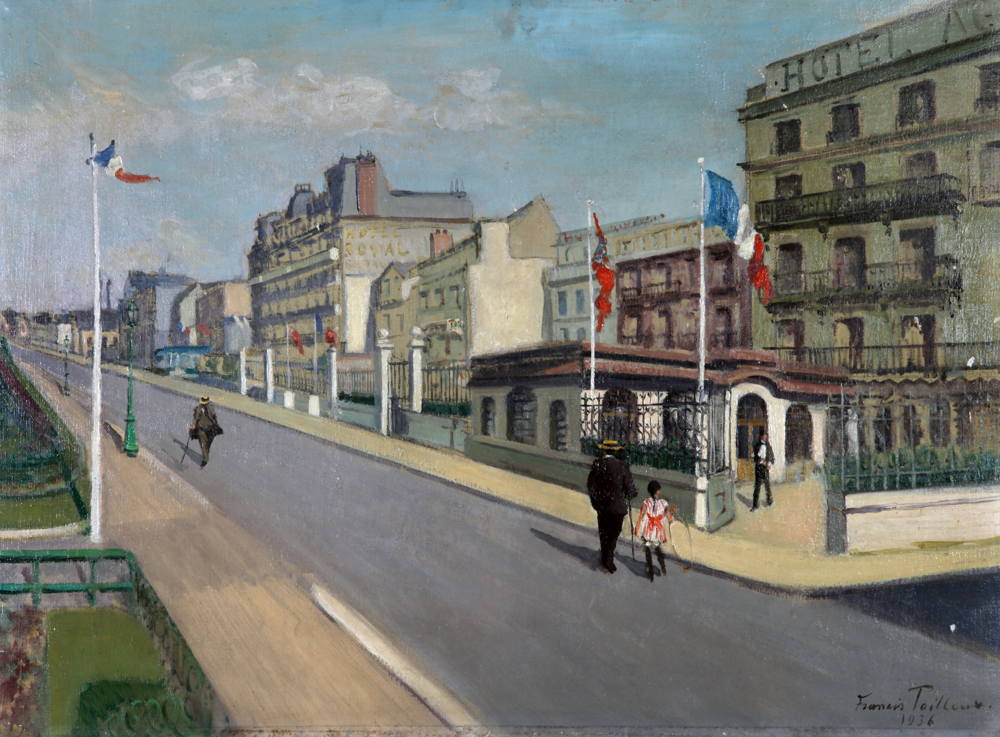 We’re taking our daily exercise with this WORK OF THE WEEK!

French artist Francis Tailleux (1913-1981) relocates us to the Dieppe seafront on the Côte d’Albâtre – Normandy’s beautiful Alabaster Coast – in A Street Scene (1936). Flags flutter on the sea breeze, as walkers make their way along the Boulevard de Verdun.

Look closely and you’ll spot a girl playing ‘hoop and stick’, while a smartly dressed staff member emerges from a nearby hotel. Following the strong diagonal of the boulevard, the Hôtel Royal stands further in the background, a building which still exists today.

Fun fact: this leisurely scene was completed in the same year as the Accords de Matignon, the French labour agreement that established the 40-hour workweek and two weeks paid vacation.

Purchased from Thomas Bodkin (1887-1961), following his directorship of the National Gallery of Ireland, this painting forms part of our Gibson Bequest collection – a fitting addition given that our benefactor Joseph Stafford Gibson (1837-1919) had visited Dieppe in 1861.