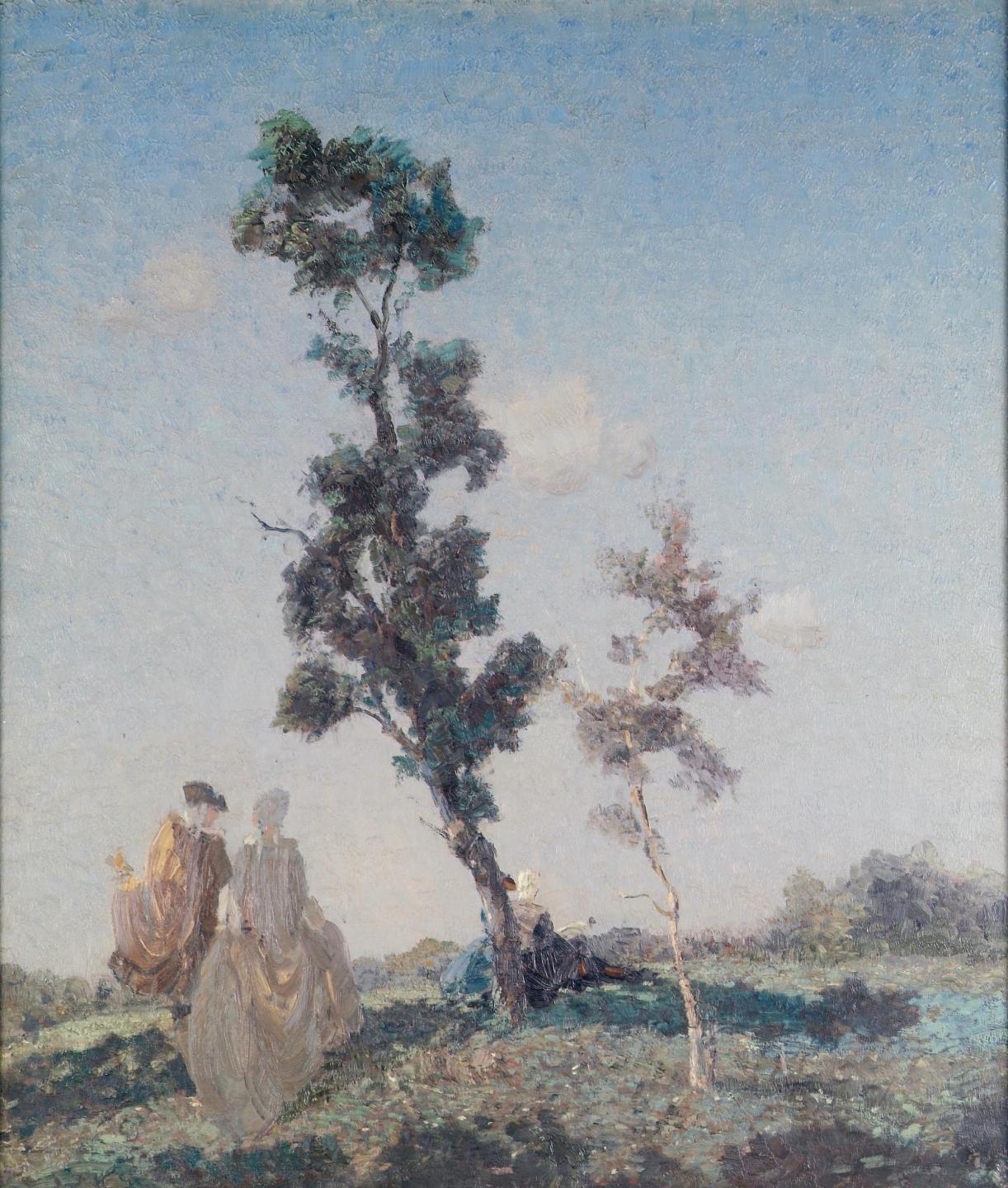 We’re whisking you away with this WORK OF THE WEEK by Venetian artist Emma Ciardi (1879-1933)!

Described recently by Cristín Leach as being one of the ‘most delightful’ works collected through our Gibson Bequest fund, Two’s Company (c.1930) is a deceptively traditional painting.

At first glance, we might mistake it for an eighteenth-century work of Rococo – sentimental, romantic, frivolous, aristocratic. Ciardi, however, takes the familiar fête galante (courtship party) genre – with its lush imaginary landscapes and wistful mood – and blends it with the atmosphere of Carnivale from her native Venice and the up-to-date techniques of her own time. Closer inspection reveals the artist's precise, yet fluid post-impressionist handling and application of paint, which serves to collapse time between the historic setting and contemporary moment. Such subjects were well-received by English and North American audiences in her lifetime.

This year marks the 140th anniversary of Emma Ciardi’s birth. Hailing from a family of artists, including father Guglielmo and brother Beppe, she exhibited for the first time at the Paris Exposition Universelle in 1900. She subsequently had two solo exhibitions, in 1910 and 1913, at the Leicester Galleries in London, an important space which also hosted Pablo Picasso, Henri Matisse, and Camille Pissarro’s first solo shows. She also exhibited at the Fine Art Society in 1928 and 1933 – from which we purchased this work in 1935 – and the Howard Young Gallery in New York. Her work was posthumously celebrated in a retrospective in the Central Pavilion at the Venice Biennale in 1935.