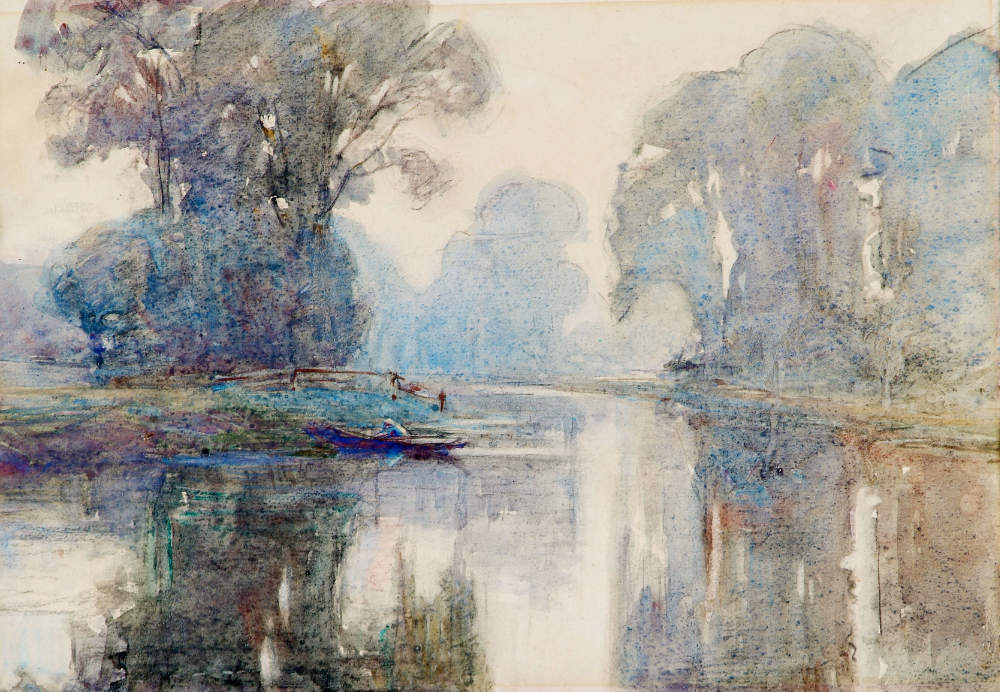 We’re off to the Mediterranean with this WORK OF THE WEEK!

An early twentieth-century view of Corsica, Bastia offers us a sultry image of the Biguglia Lagoon (L'Etang de Biguglia) on the Bevinco river.

Closer inspection reveals a solitary figure in a small rowing boat close to the centre of this beautiful composition of languorous trees in greens, blues, and browns. Previously titled Lakeside Scene, A Summer’s Day it is one of seven watercolours in the collection by Irish artist Beatrice E. Gubbins.

Beatrice Edith Gubbins (1878-1944) lived, for some years, with her four sisters at Dunkettle House, overlooking the River Lee and Lough Mahon. As with her sisters, Gubbins was deaf but received treatment in London, which restored some hearing when she was in her mid-thirties. Having subsequently trained as a nurse, she tended to wounded soldiers in Cork and Exeter during the First World War.

Gubbins, who may have been educated in our building at the then Crawford School of Art, exhibited her work at the Royal Hibernian Academy, Belfast Arts Society, and the Watercolour Society of Ireland. She also travelled extensively in England, France, Italy, Portugal, Morocco, Algeria, Tunisia, and the West Indies. We held a retrospective exhibition of the artist’s work in 1986, as did Lismore Art Centre in 1998.