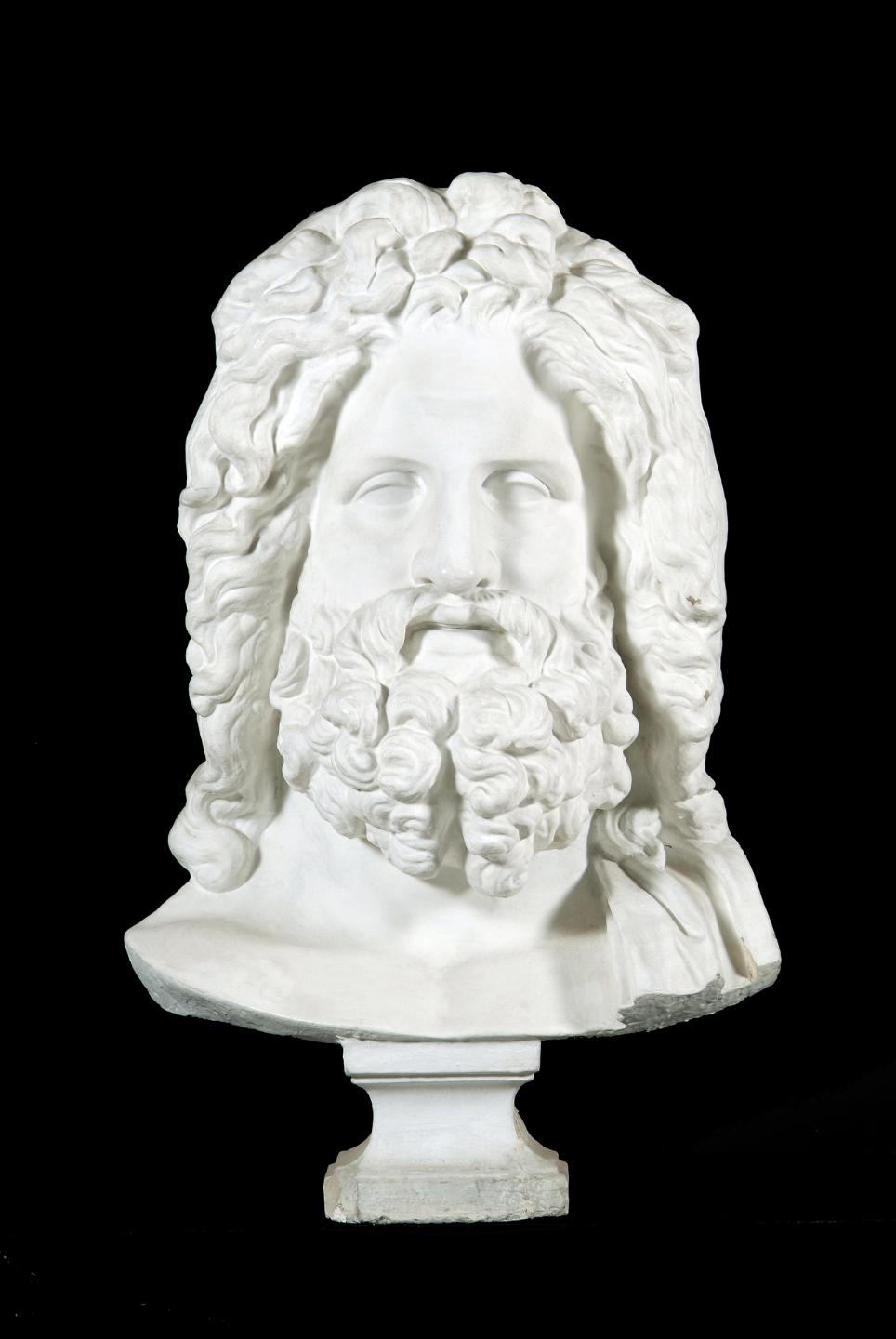 By Jove! It’s time for our WORK OF THE WEEK.

Did you know that this traditional exclamation derives from an alternative name for Jupiter, the Roman god of the sky and thunder? In the Greek tradition his equivalent is Zeus, leader of the Olympian gods.

This work is one of our celebrated Canova Casts, which were made in Rome under the supervision of Antonio Canova and presented to us 200 years ago. This particular cast is taken from a Roman bust of Jupiter Olympus which had been discovered in 1775 at Otricoli, Italy during excavations funded by Pope Pius VI (1717-1799).

It is interesting to note that it is under this very pontiff, and one Napoleon Bonaparte, that the Treaty of Tolentino was signed on 19 February 1797. The terms of the treaty allowed for the seizing of antiquities, including The Jove of Otricoli, which was only reversed in 1815 and led to the creation of our casts. Such is the complexity of our origin story!

The Jove of Otricoli is displayed as part of RECASTING CANOVA in our Sculpture Galleries.