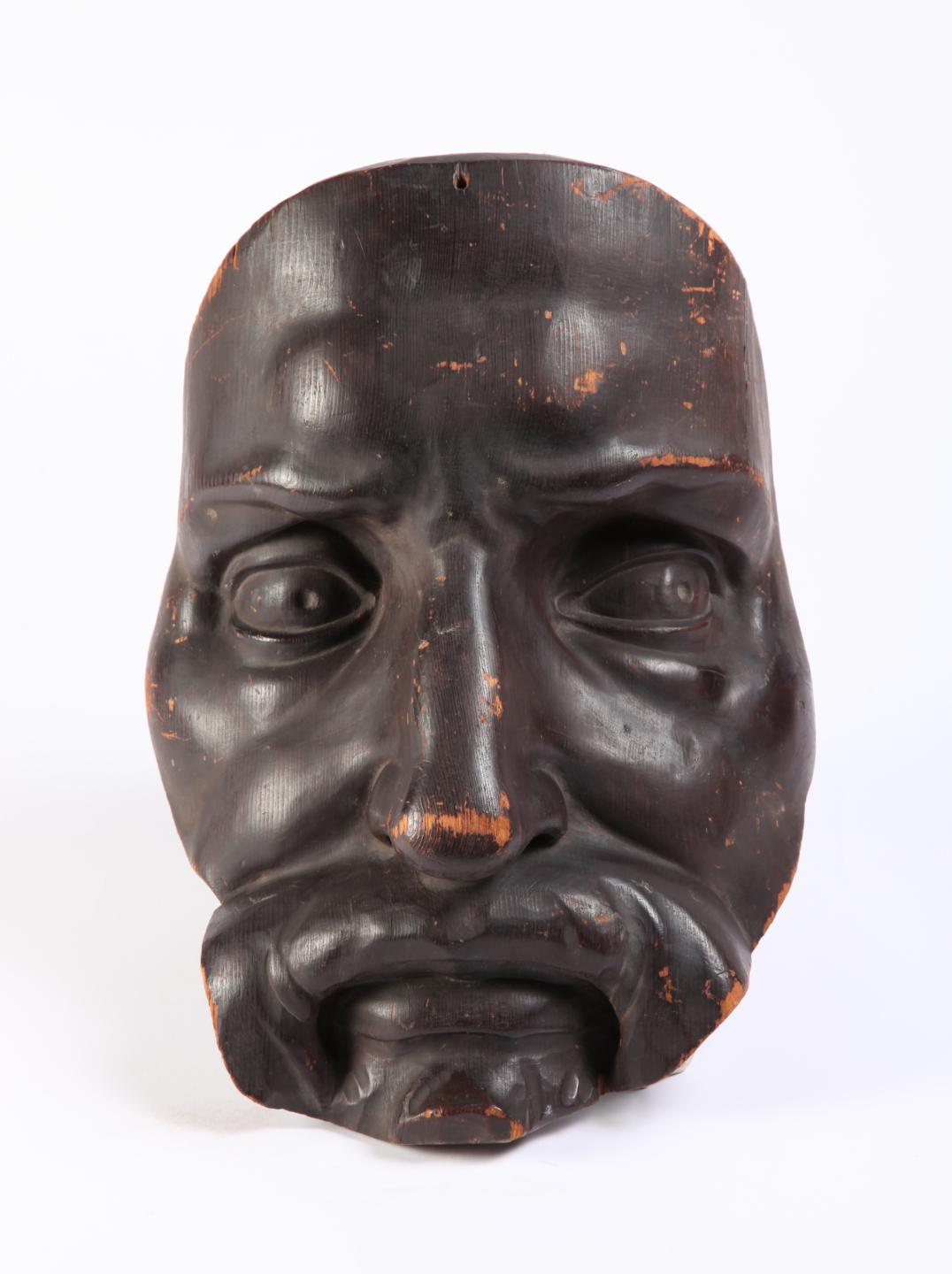 Did you know that Michelangelo died on this day in 1564?

While we don’t have a Michelangelo in our collection, we do have works inspired by the great Italian Renaissance artist. Aside from our cast of the Taddei Tondo (which can be seen in our Half Moon Street window), we also have Mask of Michelangelo’s Moses (c.1820-21) by John Hogan. This wood sculpture is based on the famous statue of Moses (c.1513-15) that Michelangelo had made for the tomb of Pope Julius II, now in the church of San Pietro in Vincoli, Rome. It was inspired by Chapter 35 of the Book of Exodus.

Hogan was among the first students of the Cork School of Art when it opened on Patrick Street in 1819 a few months previously. This had been founded following the arrival of the Canova Casts. Hogan’s classmate, Daniel Maclise, would reflect that ‘we are indebted for the weaving of that spell which brought up before our eyes the brightest forms of antiquity for inspiration, and gave us in one blazing vision an idea of perfection we had never conceived before.’

Among the Canova Casts were works which had for centuries been celebrated by artists, including Michelangelo (1475-1564), such as Laocoön and His Sons and The Belvedere Torso.

Mask of Michelangelo’s Moses (c.1820-21) by John Hogan is displayed in our Anatomy Cabinet on Floor 1. The Canova Casts form the centrepiece of our new exhibition, RECASTING CANOVA, in the Sculpture Galleries.