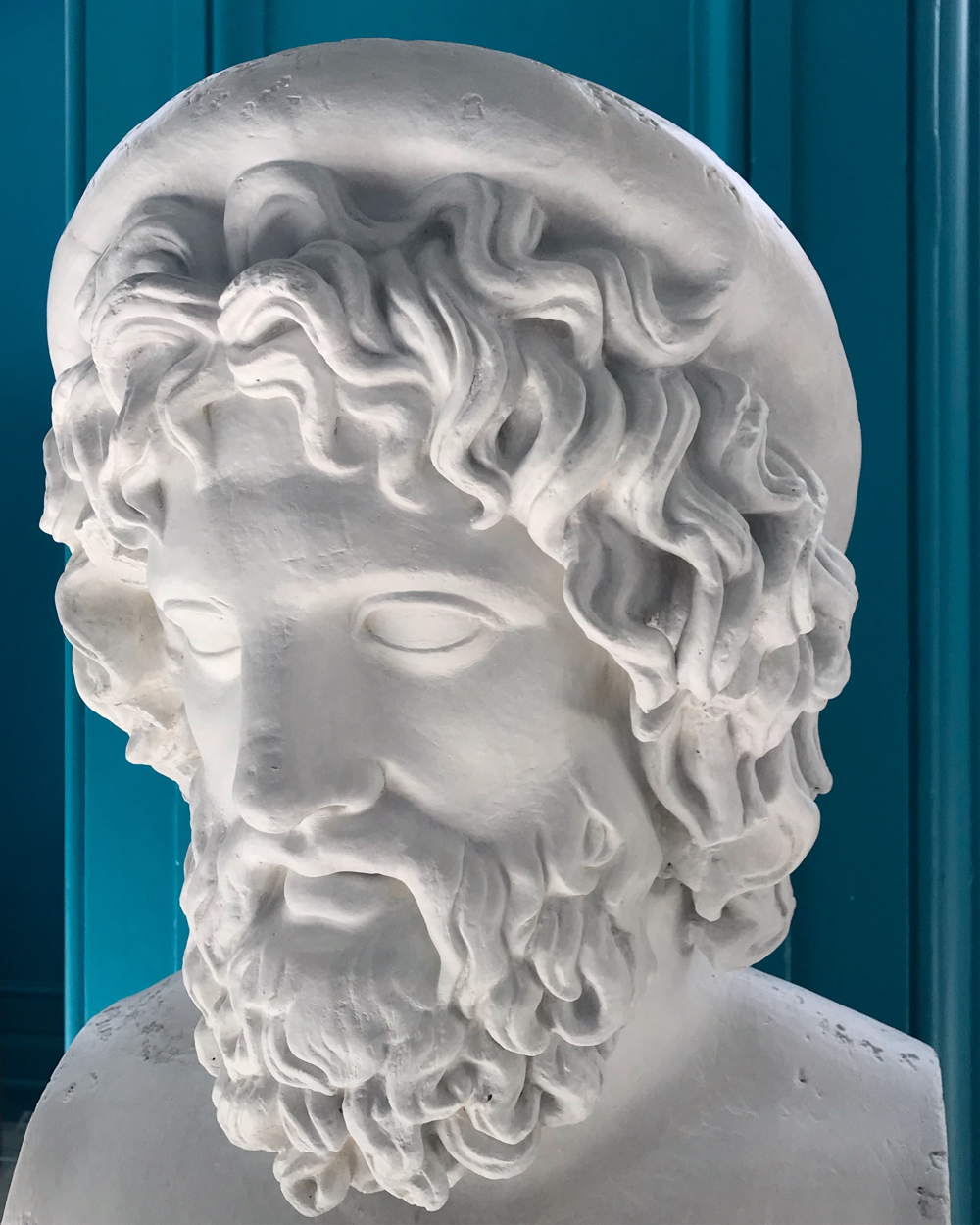 Happy Museum Week! Today’s theme is Heroes so we’re dedicating this WORK OF THE WEEK to all of you frontline healthcare staff out there. Thank you from all of us!

Did you know that the Greek god of healing was named Asclepius? While he may not be a household name today, he was a prominent hero and deity in ancient times. One of his attributes – a snake-entwined staff – still symbolizes healthcare and features prominently on the logo of the World Health Organization (WHO). Son of the god Apollo and the mortal Coronis, his story is quite literally the stuff of legend…

Asclepius, whose birth was attended by Lachesis (one of the three Fates or Moirai), learned the art of healing from a Centaur named Chiron. He is said to have surpassed his teacher and his father in this regard and numerous stories of miraculous healing are associated with him. Greek healing temples even took his name – Asclepieia – and he was eventually transformed into a god by Zeus himself.

Although our Bust of Asclepius dates to the nineteenth century, it is a partial cast of a second-century marble sculpture, which was itself a copy of an earlier Greek sculpture by Timotheos! Are you still with us? Now in the collection of the Musée du Louvre, the full marble version had been among the antiquities seized by Napoleon’s forces following the Treaty of Tolentino in 1797.

Fun fact: the artist Timotheos, who died c.340 BCE, was a native of the Greek city of Epidaurus, reputed birthplace of Asclepius and a noted healing centre in ancient times. He was the principal sculptor at – you guessed it! – the Temple of Asclepius.