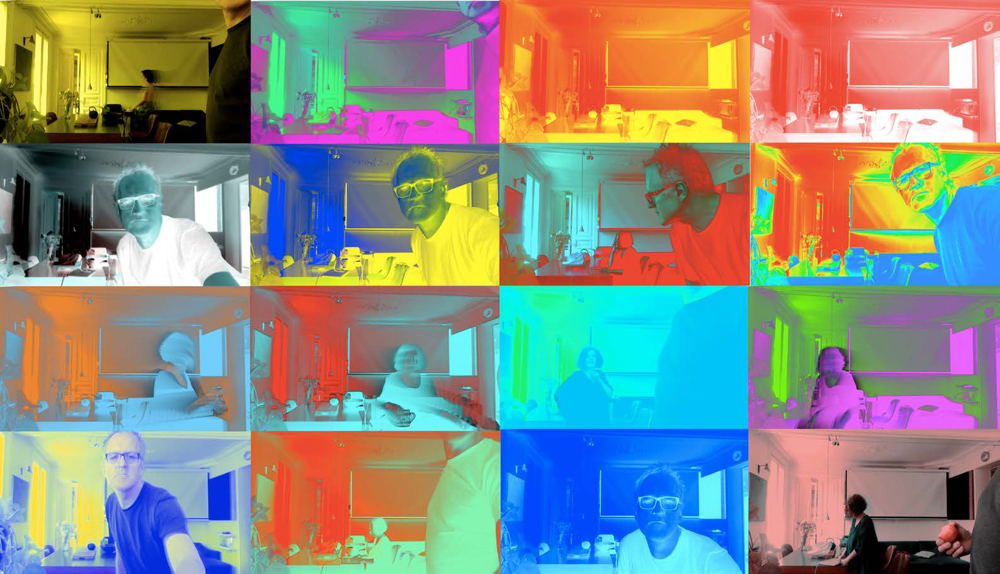 Several years ago, following the death of British psychologist Richard Gregory, The School of Looking worked with Dr Patrick Cavanagh (Harvard University) on writing a programme to recreate some of Gregory’s experiments with the colour channels of a television set.

Richard Gregory (1923-2010), author of Eye and Brain: The Psychology of Seeing, thought that a television’s red, green and blue channels were comparable to the L, M, and S cones that capture colour in the eye. But he observed that the signal passing through the optic nerve appeared to be more complex, working with oppositions of blue/yellow, red/green and black/white.

Spectral Tuning rewires the red, green and blue channels of a camera to explore this sort of oppositional colour matrix.