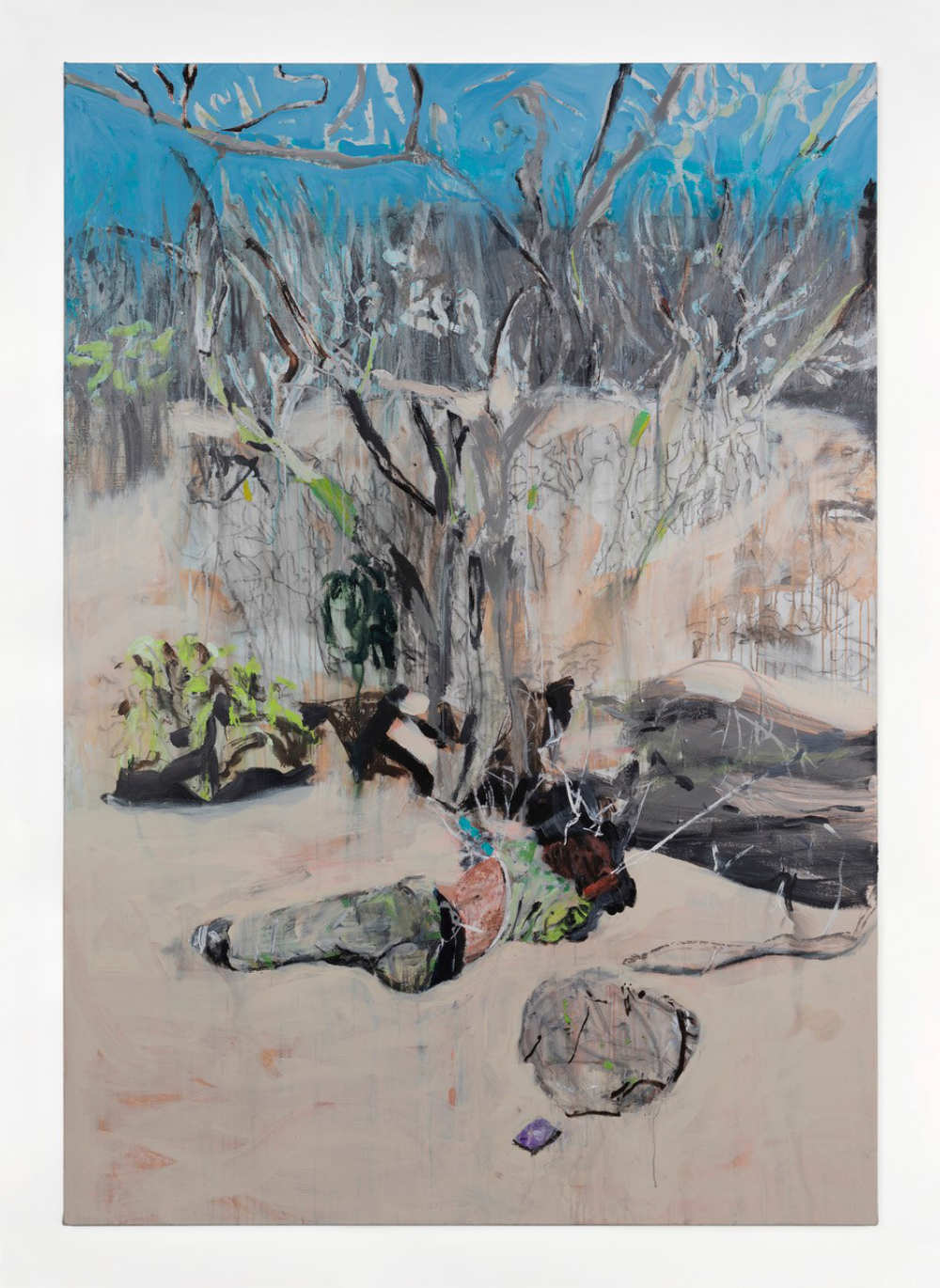 Each discovery of a body in the desert creates a case and digital images. Using a selection from this photographic source, Brian began a new series of paintings, acknowledging the many unidentified victims who undertook this perilous journey.

In explaining his process in creating memorial works Maguire has said: “for the Juarez Femicides series I used the family photograph as an image upon which to base the commemorative painting. The mothers of deceased women and girls recognize that the portrait remembers their children as they, the mothers, remember their children.”  Elaborating on Arizona, he says: “This project is different in that it is the death I record or memorialise. No family would like to retain this image of a loved one, except as needed by a process of seeking justice.  My work since 1997 has become increasingly focused on lives lost, often with a political perspective on the event of the loss.”

Maguire’s most recent bodies of work directly confront issues of migration, displacement and human dignity in the face of the current global unrest. They are some of his most nuanced and ambitious to date, which he has crafted with larger brushes and thinned-down acrylic on canvas.

The exhibition features a short collaborative film Brian made with Mark McLoughlin of bangbangteo, an independent documentary production company.  Previous collaborations between Brian Maguire and bangbangteoinclude the film BLOOD RISING, which focused on communicating stories of brutal femicide in Juarez, Mexico.  The film, Remains - Brian Maguire, offers a window into the artist’s working methods and his motivations. Brian is filmed in conversation with people intimate with the complexities of life at the US/Mexican border.

Maguire has shown extensively in Europe and the US, most recently at the Museo De Arte de Ciudad Juarez, Mexico and the Rubin Centre, Texas University at El Paso, Texas (September 2019), at the United Nations Headquarters, New York, (in 2020), the Rhona Hoffmann Gallery, Chicago, (January 2021), and Galerie Christophe Gaillard, Paris (March 2021).

You can purchase the book that accompanies the exhibition here.

Join us for a live 'in conversation' event exploring issues of migration, displacement and human dignity at Crawford Art Gallery with Brian Maguire and Nuala Finnegan on Thursday 18 November.

Nuala Finnegan is Professor in the Department of Spanish, Portuguese and Latin American Studies and Director of the Centre for Mexican Studies. She has completed a number of research projects on the US-Mexico border and has collaborated previously with Brian Maguire on his work in Latin America.

Free but booking is essential, and numbers are limited.