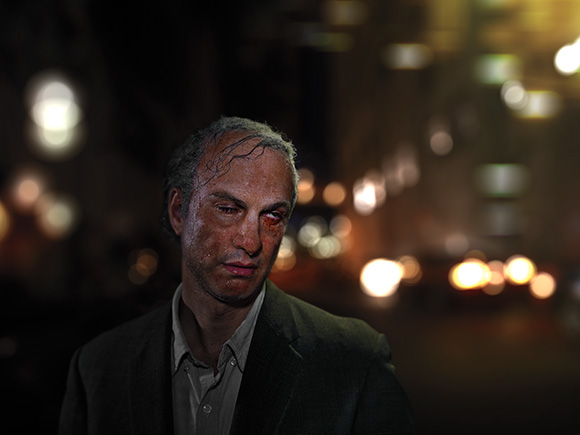 This exhibition brings together two key bodies of work by New York based artist Phillip Toledano, Days with my Father (2010) and Maybe (2015), in which he  balances the emotional pull of the decline of his father’s illness with dementia, with his obsessive exploration of potential scenarios of his own future.

Having experienced the death of close family members in the span of a few years,Toledano became consumed and distracted by his own mortal fears. Over three years (2012-2015), he created Maybe and confronted such fears in excruciating detail, aided perhaps with a healthy dose of narcissism.

In an effort to reassure, the viewer - and himself - that his worst-case scenarios for living and dying are not the only scenarios available, the exhibition explores our innate fascination and repulsion of imagining our own futures whilst providing a platform to discuss the often difficult subject of ageing and dying.