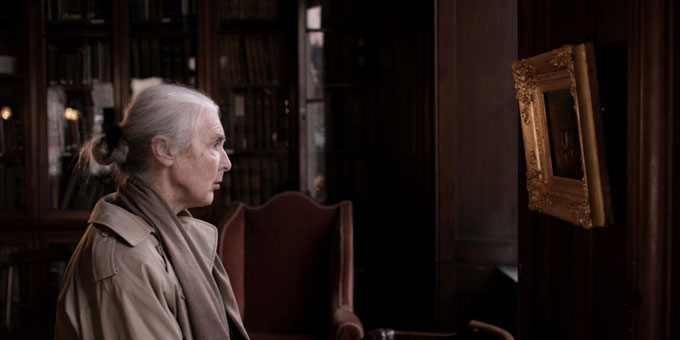 Crawford Art Gallery is delighted to present Martin Healy: A moment twice lived, an exhibition of new and recent work by the Dublin-based artist.

Martin Healy’s film and photographic installations have explored ideological motifs from early 20th century literature endeavoring to mine the synthesis of fact, fiction and manifest mythology embedded in systems of belief. The work featured in A moment twice lived extrapolates concerns about earth and the cosmos, dreams and reality, and investigates states of temporal being, both physical and psychological. Frequently examining the relationship between scientific truth and aesthetic form, the works emphasise fleeting or ethereal moments when these two ideologies coalesce.

The exhibition, displayed over two floors, includes a number of new photographic and sculptural works and a key new single screen installation entitled, A moment twice lived (2016). The film’s circuitous narrative makes reference to JW Dunne’s writing, in particular the book An Experiment with Time (1927), by way of a curiously overlooked painting in the Crawford Gallery’s collection by Nathanial Grogan[1] .
During the course of the film, a voice-over periodically refers to dreams and experiences of temporal dislocation that raises questions about our perception of reality and relationship to the physical world.

Set in lush botanic gardens, the mesmeric film Harvest (2015) is shown alongside exquisitely detailed photographs and sculptural installations, which explore time in all its variant possibilities. Here Healy creates a reflective counterpoint for the consideration of the histories and destinies of our local and cosmic environments.