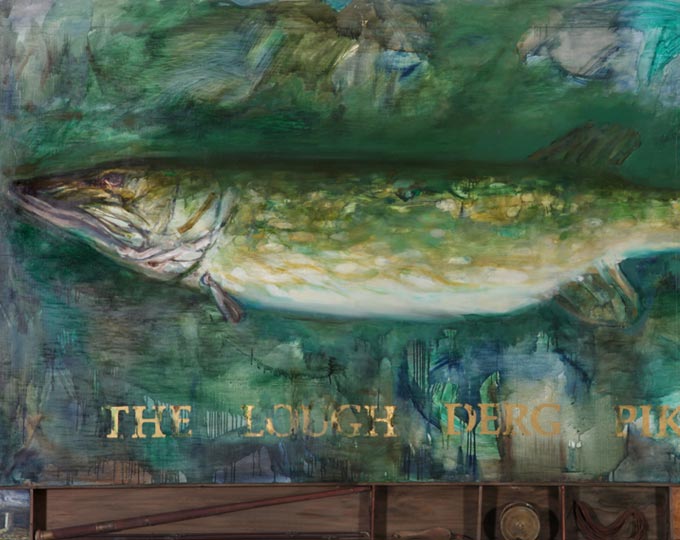 This exhibition will celebrate the work of Barrie Cooke’s immense career as he reaches his 80th Birthday this year.

Curated by Karen Sweeney, Assistant Curator at the Irish Museum of Modern Art, the exhibition opened at IMMA in June. A selected group of works have been chosen to tour to the Crawford Art Gallery in November and then to the Centre Culturel Irlandais Paris in February 2012.

The Barrie Cooke exhibition will showcase works spanning his entire career as an abstract expressionist painter from both private and institutional collections. The exhibition will explore Cooke’s continuous reference of the natural world; from the breathtaking paintings of an ancient Irish elk found in a bog and the bone boxes of the 1970s to the energetic paintings of rural Irish landscape and the famous nude portraits.

Much of Barrie Cooke’s career has been in Ireland where he moved to in 1954 from his hometown of Cheshire in England, and considers himself an Irish painter as his aesthetic as an expressionist artist developed in Ireland. Barrie Cooke had his first solo exhibition in Dublin in 1955 and has had major exhibitions including the Haags Gemeentemuseum in the Netherlands. Cooke is very well travelled and this has contributed to his unique style of work, from visiting places such as New Zealand and Malaya to even Lapland.

This exhibition will recognise the prodigious achievements of Barrie Cooke’s career and an extensive catalogue is available with a foreword by the Irish Museum of Modern Art Director Enrique Juncosa; and essays by poet Seamus Heaney, Karen Sweeney, Brian Dillion and an interview by Dorothy Cross.