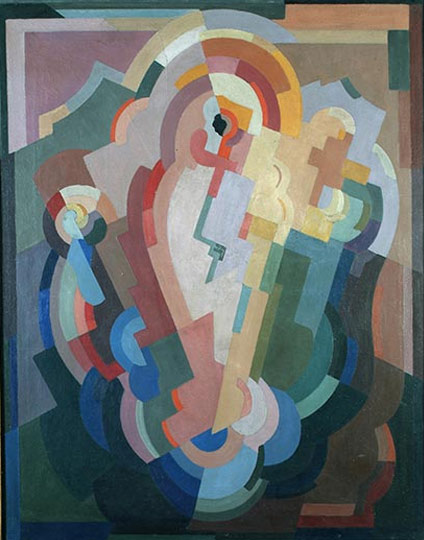 Images from the exhbition can be seen here.

Analysing Cubism looks at the work of pioneering Irish artists who travelled to France and further afield to study modern art in some of its forms.

The exhibition seeks to place these artists in context, examining the influence of their teachers, as well as exploring the work of some of the leading
international exponents of Cubism.

The title of the exhibition Analysing Cubism plays on the term ‘Analytic Cubism’ which was used to describe the style of painting developed by Picasso and Braque circa 1910-12. This exhibition takes as its point of origin the principles of early or Analytic Cubism, and follows the the development of Cubism in France primarily through the work of André Lhote and Albert Gleizes, and in Ireland, where artists including Mainie Jellett and Evie Hone adapted Cubist theory to their own needs.

Analysing Cubism shifts focus away from Picasso and Braque who quickly abandoned this form of abstraction to identify the centrality of André Lhote and Albert Gleizes whose roles as teachers of Irish artists made them
particuarly influential.

The exhibition includes the ‘elements’ paintings created by Jellett, Hone and Gleizes in the mid-1920s through to the mid-1930s and the deeply spiritual works made by these artists, often in response to works from the early Renaissance. Works by Lhote and his Irish pupils range through landscape, portraiture and still-life. Analysing Cubism also includes Mainie Jellett’s development from the nudes through to her startling transition into abstraction made with Albert Gleizes.

Exhibition co-curated by Seán Kissane and Riann Coulter
With the support of the French Embassy in Ireland.