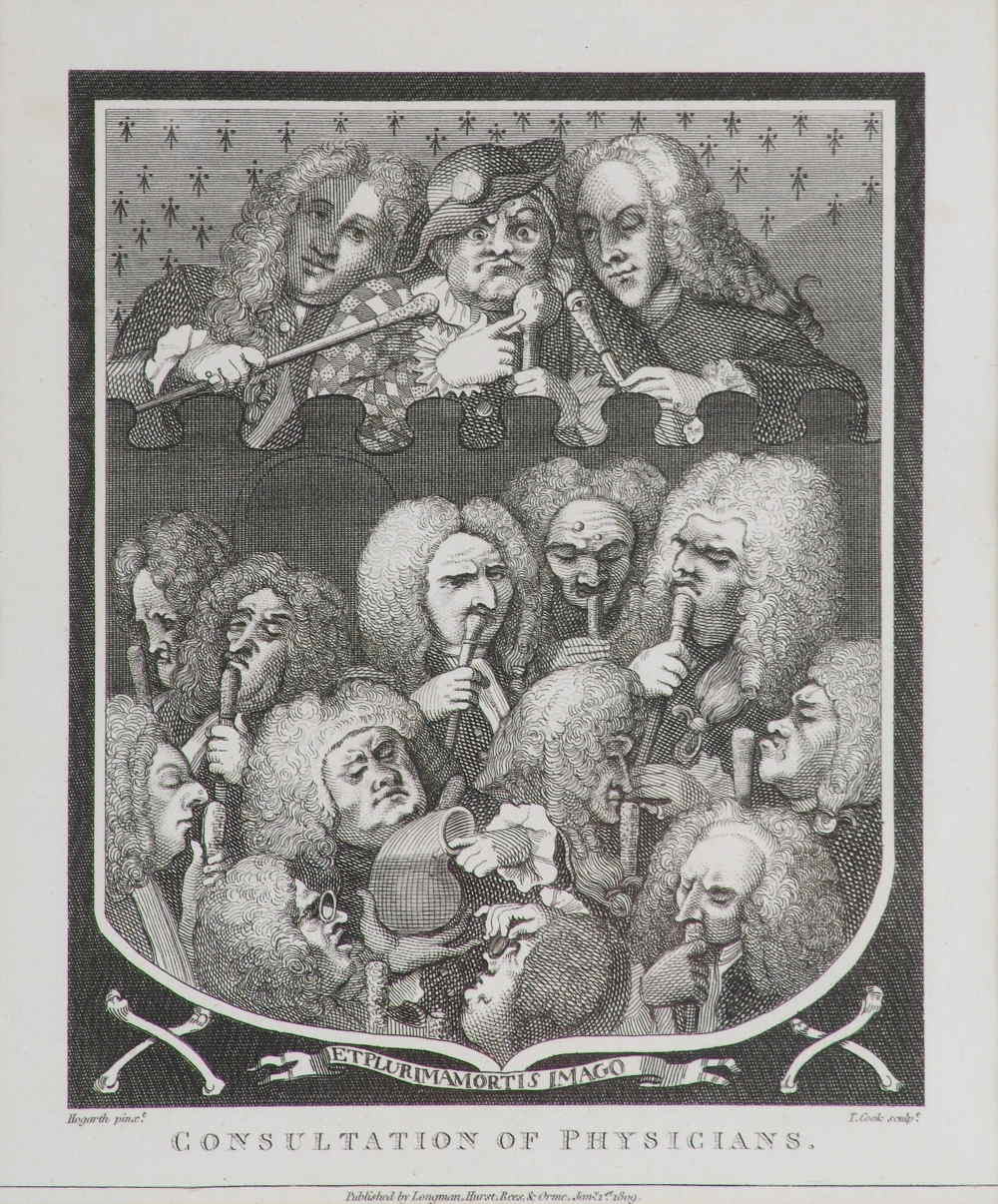 To celebrate Science Week, our WORK OF THE WEEK comes with a dash of medical satire!

This image presents us with a mock coat-of-arms comprising the heads of fifteen so-called ‘quack doctors’ on a shield. The three in the upper portion can be identified as the oculist John Taylor (1703-1772), bonesetter Sarah Mapp (1706-1737), and Joshua Ward (1685-1761). In the lower portion, the artist pokes fun at the remaining doctors who, canes to their chins, comically feign deliberation as three closely inspect a glass vessel.

When it first appeared in 1736, William Hogarth’s The Company of Undertakers proved a popular satirical subject and was frequently reproduced over the succeeding century. This version (re-titled Consultation of Physicians), for instance, was engraved by Thomas Cook (1744/5-1818) and published by Longman, Hurst, Rees, & Orme on 1 January 1809.

At its base, and above the title, crossbones ominously flank a motto, Et Plurima Mortis Imago, derived from Virgil’s Aeneid. Translating as ‘And many an image of death’, it serves to underscore the mistrust that often greeted physicians before the standardisation of medical training and practice.

Best known for Gin Lane, A Harlot’s Progress, and A Rake’s Progress, London painter and printmaker William Hogarth (1697-1764) was celebrated for his pictorial satires of contemporary society. So popular and pirated were his works, that ‘Hogarth’s Act’ became the first visual arts copyright law in Britain.

Consultation of Physicians (1809) is displayed in our Anatomy Cabinet (Floor 1).