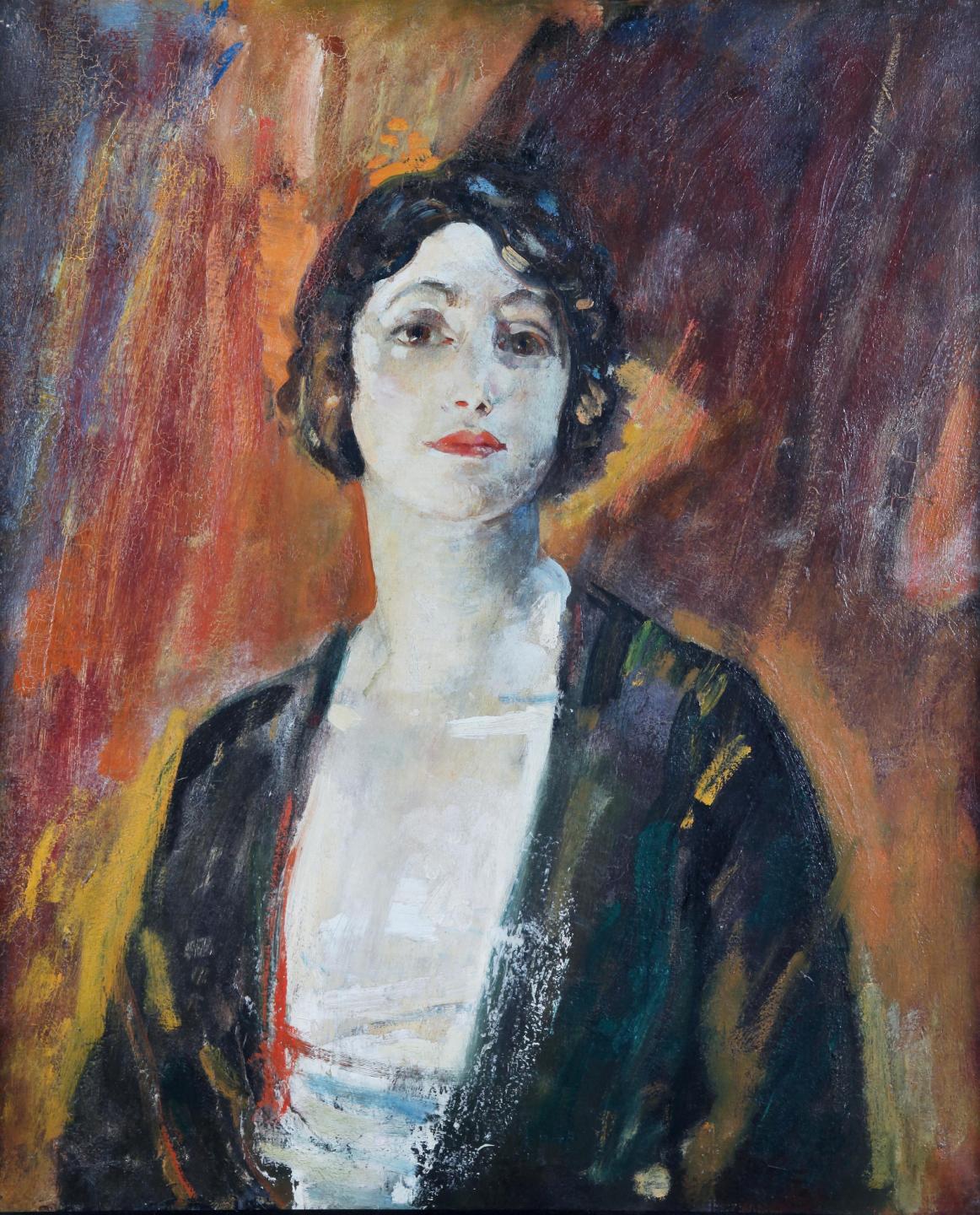 To mark its centenary, for this WORK OF THE WEEK we take a closer look at a striking portrait from the collection!

Lillah McCarthy (1919) by Ambrose McEvoy compellingly presents its subject as if illuminated by stage footlights, an independent woman who directly meets and returns the viewer’s gaze.

Lillah McCarthy (1875-1960) was a prominent actress on the early twentieth-century London stage. Following her debut in 1895, she worked closely with George Bernard Shaw (1856-1950), appearing in his hit plays – including Man and Superman (1905) – as well as Hamlet, Othello, Julius Caesar, The Trojan Women, Quo Vadis?, The Sign of the Cross, and J.M. Barrie's What Every Woman Knows (1908).

From themes in Shaw’s work, McCarthy herself became involved with The New Woman movement that encouraged women to seek radical change and equality – a precursor to Feminism. In addition to her stage career, for a time she also managed the Little Theatre (1911), having taken over the lease from actor-manager Gertrude Kingston (1862-1932).

Encouraged by James Abbott McNeill Whistler to train as an artist, Ambrose McEvoy (1877-1927) studied at the Slade School of Fine Art alongside William Orpen, Gwen John, and Augustus John. He is particularly known for his fine society portraits. Another version of this work, also from 1919, exists in the collection of the National Portrait Gallery (NPG 5506) and is on show at the Philip Mould Gallery, London in the exhibition DIVINE PEOPLE: The Art of Ambrose McEvoy (26 November 2019 - 24 January 2020).