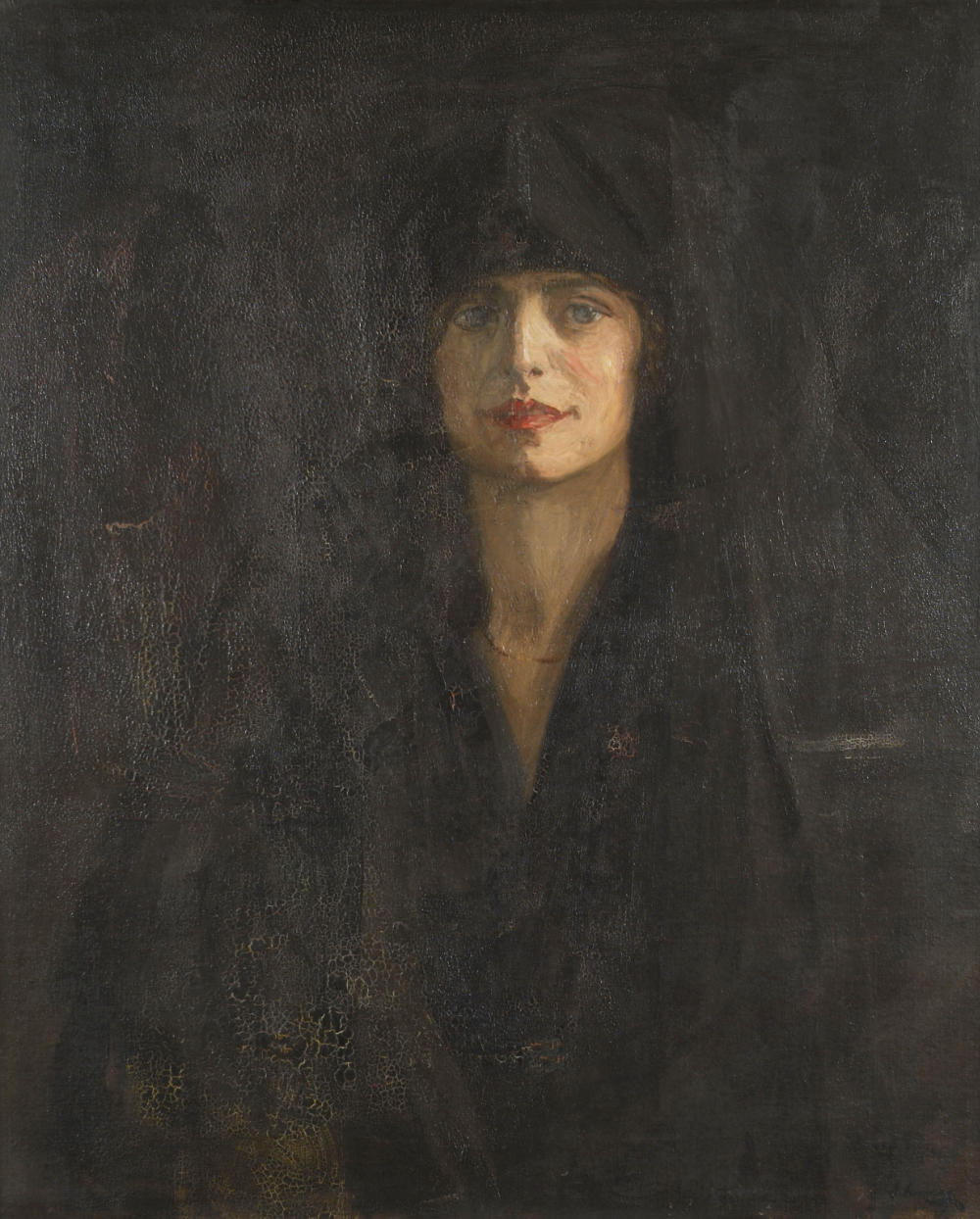 The Widow (Mrs. Terence MacSwiney, Lady Mayoress of Cork 1920) by John Lavery is a remarkably stark portrait. Only the face and neck of its subject emerge from the background and dark clothing. Her parted red lips, brimming eyes, and flesh described in light and shadow convey dual emotions – mourning and hope.

By the time this portrait was painted a century ago, in 1921, Muriel Murphy MacSwiney (1892-1982) had been catapulted onto the world stage in the aftermath of her husband’s death by hunger strike. In that same year, she attended the Abbey Theatre’s production of Terence MacSwiney’s most prophetic play, The Revolutionist. Such was the sympathy for her loss and Ireland’s independence that, in 1922, she became the first woman to be granted the freedom of New York City.

Muriel had first met Terence in 1915 at the home of Aloys and Tilly Fleischmann. They married against her family’s wishes on 9 June 1917, the day after she came into her inheritance, and their daughter Máire was born a year later. In her widowhood, Muriel continued her interest in left-wing politics and, in 1926, had a second daughter, Alix, with the French Marxist academic Pierre Kaan (1903-1945).

In 1928, this portrait was donated by the artist along with his Sketch for the Funeral of Terence MacSwiney (1920).