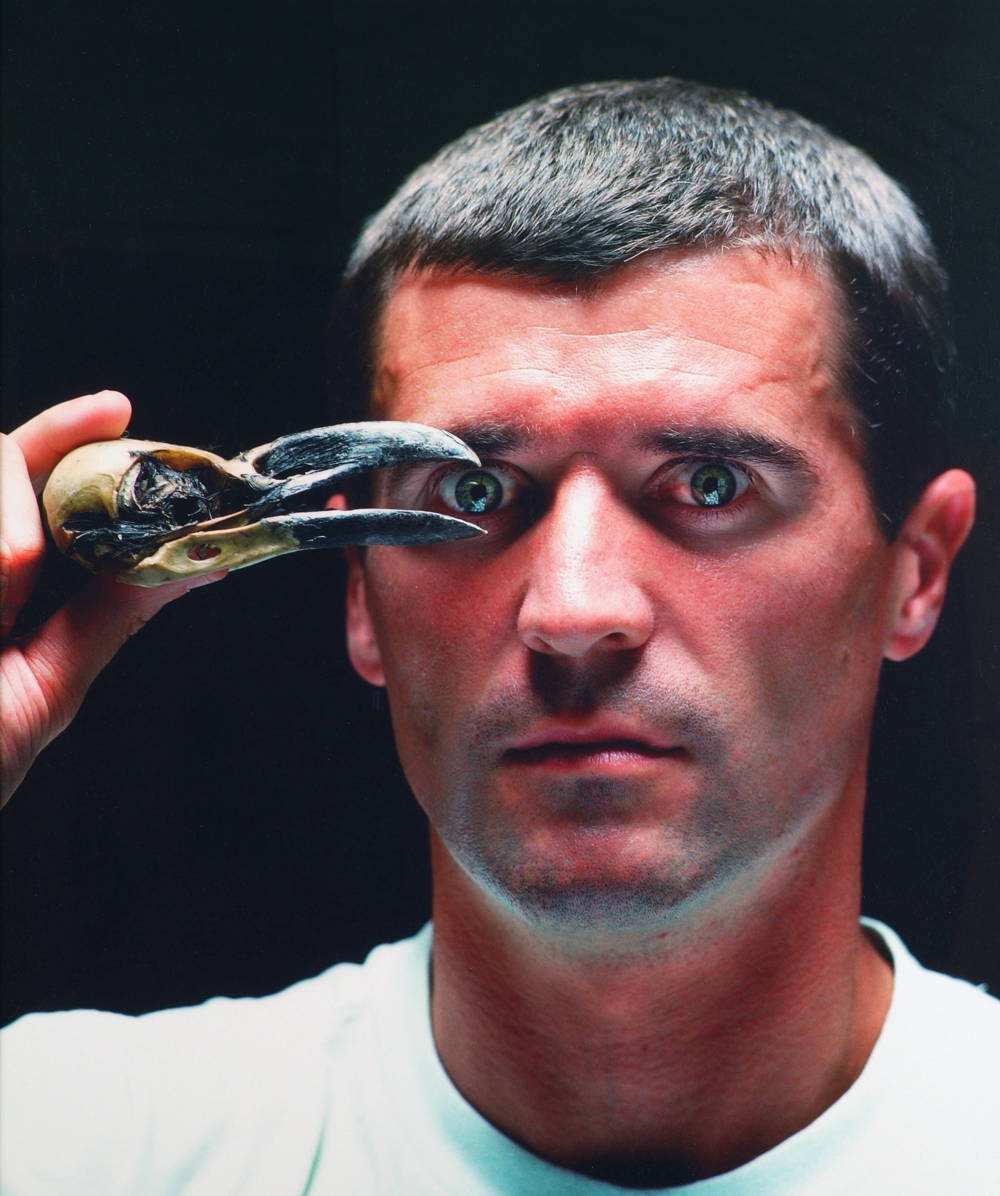 This WORK OF THE WEEK might be a little offside!

Sometimes even the most memorable images can take the shortest time to make. A case in point is Portrait of Roy Keane (2002) by Murdo MacLeod, which was shot in a Manchester hotel foyer soon after its subject had infamously departed the Irish soccer team in Saipan.

“Having only a few minutes to take the photographs,” MacLeod remembers, “I produced my rotting head of a dead raven from my pocket and held it to my eye, saying ‘Could you do this?’” Taking the raven’s head, Keane asked, ‘do you mean like this?’ and a few shots later the artist had his portrait for a cover feature in Observer Sport Monthly.

Raised on the northern coast of the Isle of Lewis, Murdo MacLeod (b.1963) studied at Napier College (now Edinburgh Napier University) and has been a professional press photographer since 1985. In his work, he often makes use of dramatic lighting, unusual poses, and unexpected props. This lends his photographs a sometimes bizarre or even surreal quality, as with his Portrait of Roy Keane (2002), that even verges “on the ridiculous.” MacLeod – who has also photographed the likes of Bobby Charlton, Bill Clinton, Ricky Gervais, Jeremy Paxman, J.K. Rowling, Michael Schumacher, and Tilda Swinton – is a previous recipient of UK Press Photographer of the Year.

You can find Portrait of Roy Keane (2002) by Murdo MacLeod just off our main landing on Floor 1. Free entry and open daily.