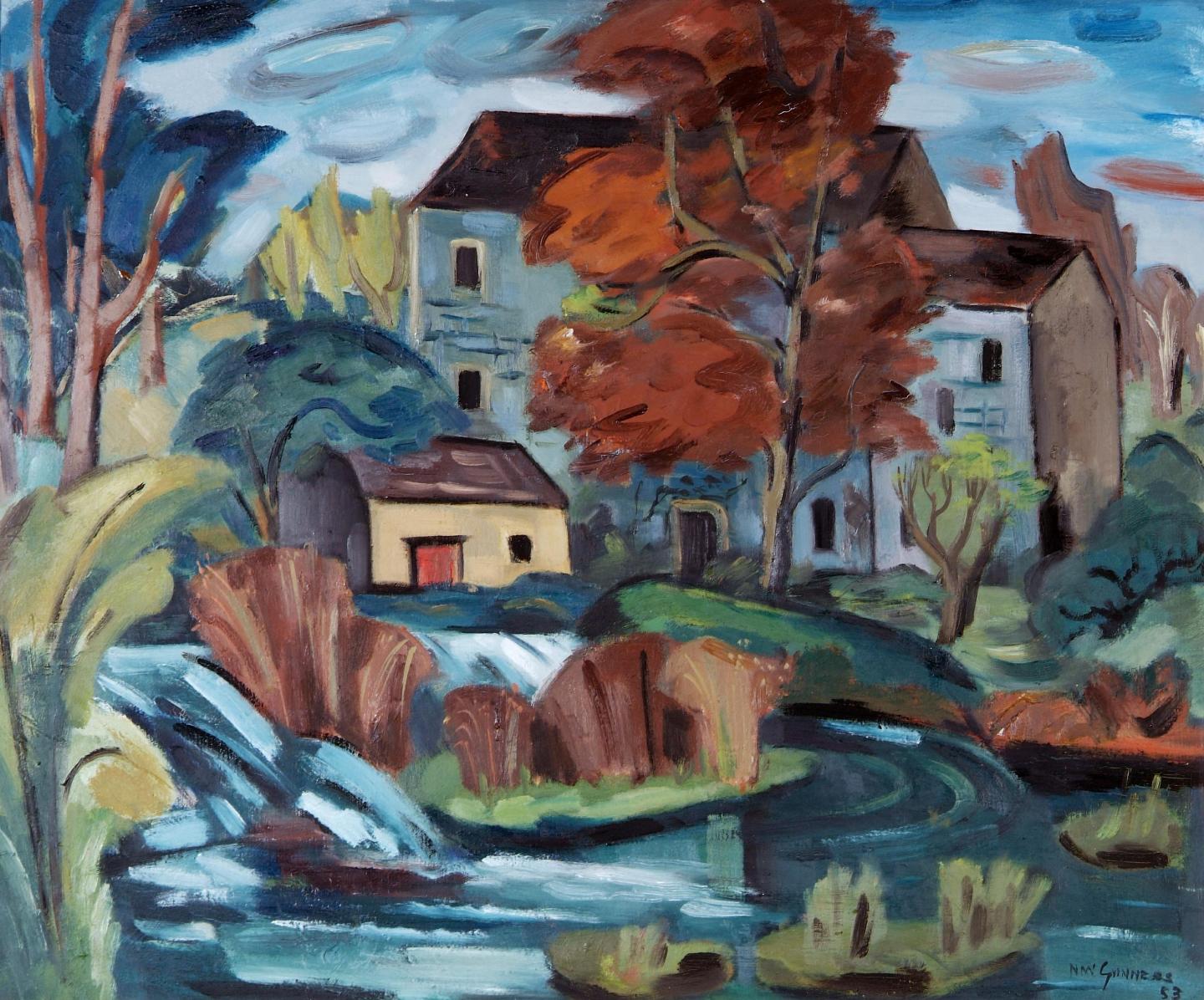 Let’s keep the autumn vibe going with this WORK OF THE WEEK!

The Mill Waters (1953) is a characteristically vibrant painting by Irish modernist Norah McGuinness. The artist describes a landscape in seasonal flux with unsettled energy and rapid, deliberate brushstrokes.

Purchased in 1956 from the Munster Fine Art Society, it was painted just a few years after McGuinness – and Nano Reid – had represented Ireland at the Venice Biennale in 1950. It therefore represents a confident and mature phase in her career.

A native of County Derry, Norah McGuinness (1901-1980) trained at the Dublin Metropolitan School of Art (now the National College of Art and Design) under Patrick Tuohy and Harry Clarke. Encouraged by Mainie Jellett, however, in 1929 the artist travelled to Paris and enrolled in the atelier (studio) of Cubist painter André Lhote. In the 1930s, she became a member of artist-led The London Group and gallerist Lucy Wertheim's Twenties Group. Having lived in New York for a couple of years, McGuinness returned to Dublin in 1939 and was a founding member of the influential Irish Exhibition of Living Art. She became its president in 1944 and even designed sets for the Abbey Theatre, Dublin.

The Mill Waters (1953) by Norah McGuinness is featured in THE GIBSON BEQUEST, 1919-2019: Selecting, Collecting & Philanthropy.