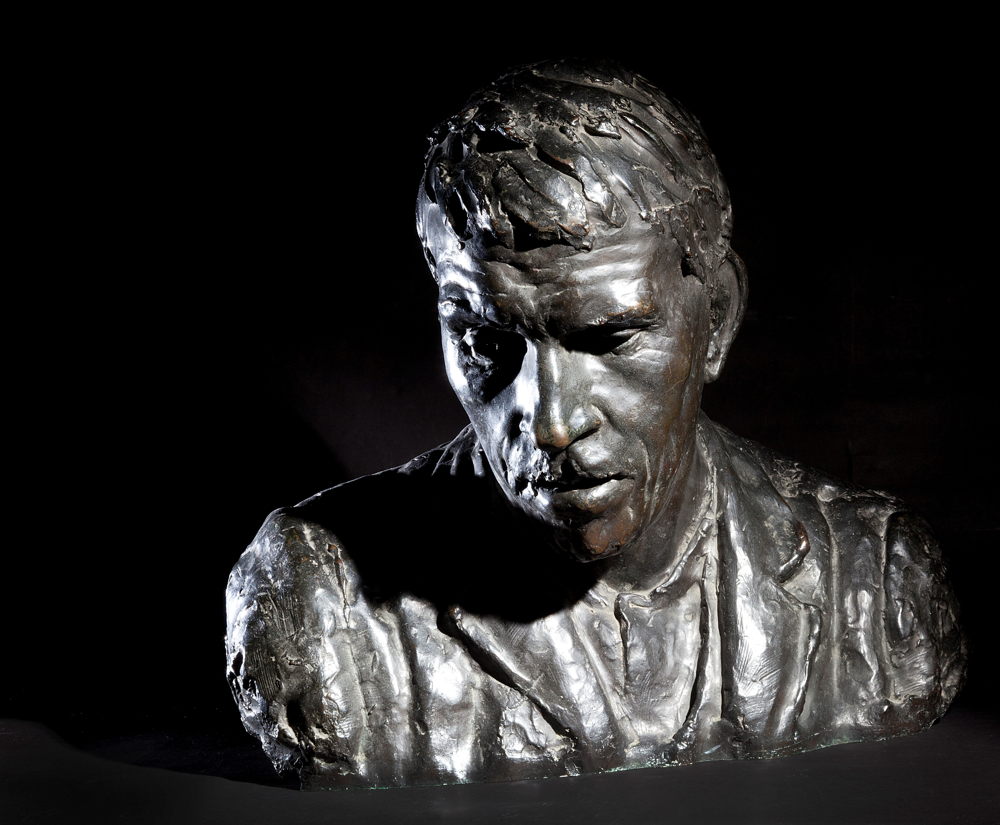 An Strachaire Fir (c.1923) by Joseph Higgins is a remarkable bronze sculpture in the collection. Translated as ‘the strapping man’, the title aptly describes the broad-shouldered male subject, whose turned and slightly downcast head suggests movement. Its strong, restless modelling and taut moustached features also suggest an awareness of the work of French sculptor Auguste Rodin. Cast in Italy in bronze, the original clay model was made c.1916 when the artist was 30 or 31.

A native of Ballincollig, Joseph Higgins (1885-1925) took night classes in our building (then the Crawford School of Art) while working nearby, on French Church Street, at the grocers and tea dealers Newsom & Sons. In 1924, Higgins won a bronze medal for sculpture at the Tailteann Games, having previously been awarded South Kensington and Royal Dublin Society prizes earlier in his career. In a curious historical quirk, it is believed that Higgins was nominated to tell Muriel MacSwiney, Lady Mayoress of Cork, of her husband Terence MacSwiney’s final arrest in 1920.

In 1914, Higgins had married fellow artist, Katherine Turnbull, whom he met at art school. While they were to have four surviving children, he would succumb to tuberculosis in 1925, aged just 39. Their daughter, the artist, designer, and teacher Maighréad (1919-2014), would later marry sculptor Séamus Murphy, whom she had met during her own studies in our building. Evidently, there were some serious love matches between classes!

Modelled on his nephew, a bronze cast of Joseph Higgins’ Boy with Boat (1910) is a beloved mainstay of Fitzgerald Park in Cork.