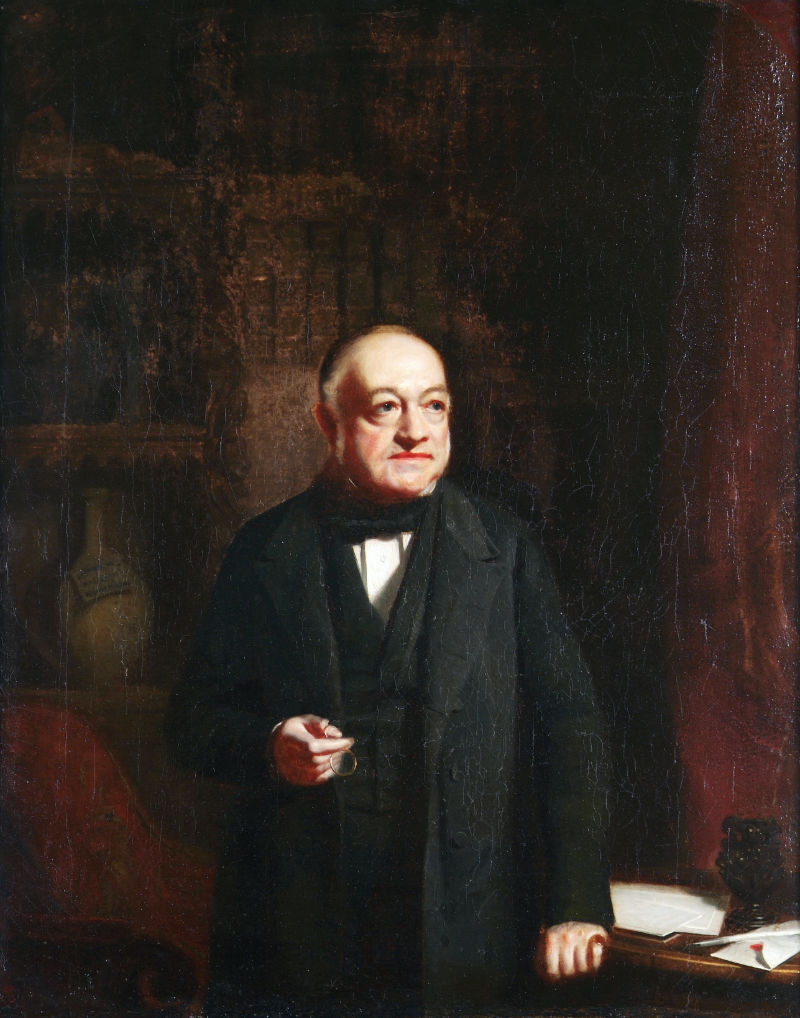 We’re turning our attention to portraiture for this WORK OF THE WEEK as we get ready to welcome the Zurich Portrait Prize back to Cork!

Portrait of Thomas Crofton Croker by Stephen Pearce has been in the collection for over a century. It captures the brightly-lit likeness of the Cork-born antiquary and folklorist in an otherwise dark interior, perhaps a study or library.

The diminutive Thomas Crofton Croker (1798-1854) – he was 4 feet 10.5 inches in height – appears impatient in this portrait, holding a monocle in his right hand. The novelist Sir Walter Scott described him as ‘keen eyed as a hawk and of very prepossessing manners—something like [Thomas] Moore.’ Gathered around him are correspondences (left) and bound volumes (background) which may suggest his occupation.

It is here that he likely met Stephen Pearce (1819-1904), a friend of the Second Secretary to the Admiralty, Sir John Barrow. Equally possible is that they met through the Irish novelist Charles Lever, to whom Pearce was an assistant in the mid-1840s.

Pearce was an English painter who had trained under Irish portraitist – and President of the Royal Academy – Martin Archer Shee. He specialised in group and equestrian portraits and, until his retirement in 1888, exhibited nearly one hundred work at the Royal Academy.

Portrait of Thomas Crofton Croker by Stephen Pearce is displayed on our grand staircase.