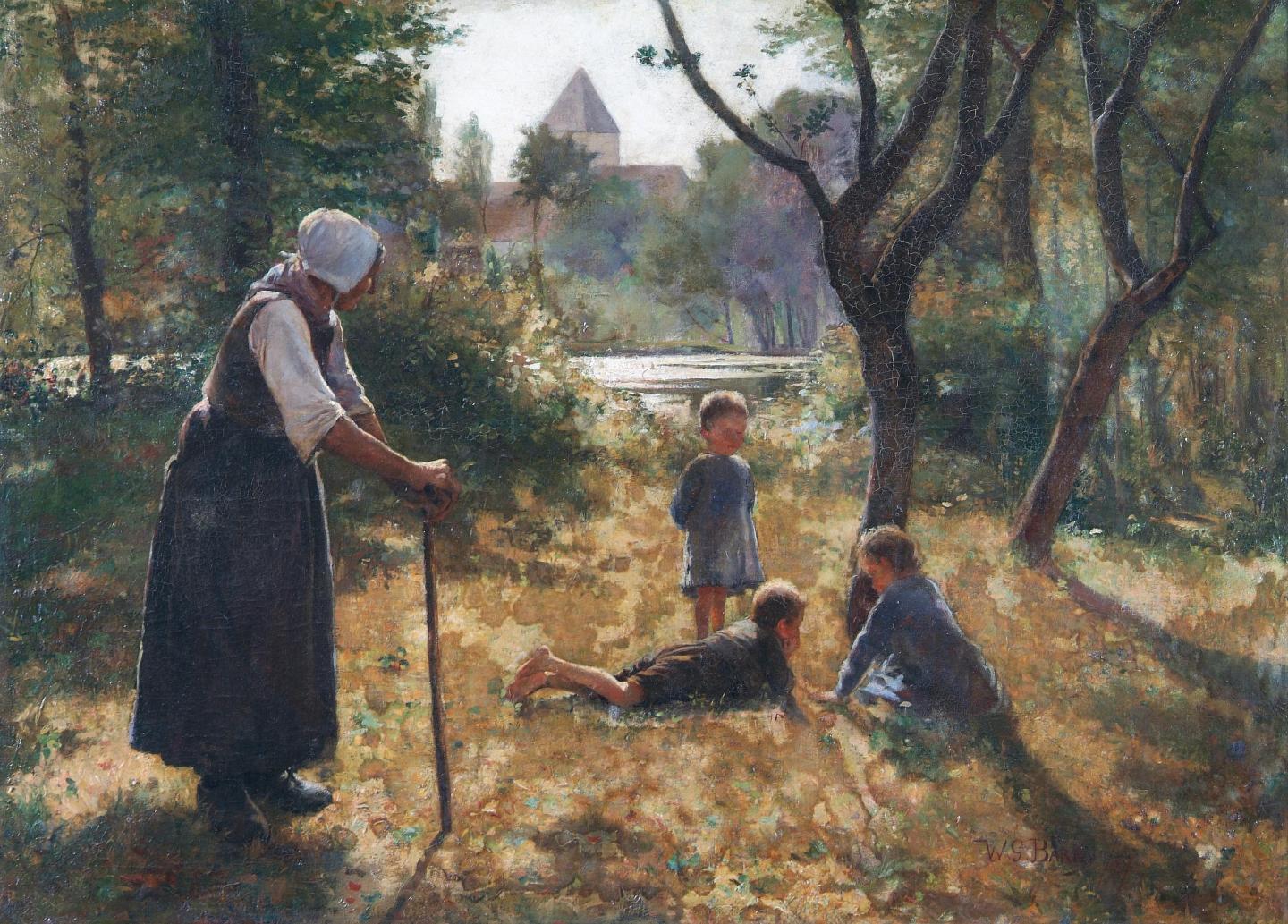 To herald in the autumn, this seasonal WORK OF THE WEEK is one of the most beloved paintings in the collection...

Painted in the north of France, Time Flies (1887) by William Gerard Barry glows with autumnal colours and depicts children at play under the watchful eye of an older woman. From its title on, the passage of time is at the heart of this ‘plein air’ painting. The turning, falling leaves, long evening shadows, varying ages of the figures, and calm, steady flow of the river beyond all work together to create a meditation on our experience of time. Was it really so long ago that the woman was playing in the leaves?

William Gerard Barry (1864-1941), a native of Ballyadam, Carrigtwohil in County Cork, trained in our building when it was the Cork School of Art. Under encouragement from his teacher Henry Jones Thaddeus, the artist furthered his studies in London and Paris and had early successes at the Royal Dublin Society (RDS) and Royal Academy of Arts, where he exhibited Time Flies in 1887. His life and career, however, would not follow a straightforward path.

‘He often spoke of his days in Montmartre, of his many spirited adventures there,’ recalled his niece Edie Bourke. ‘In 1886 he jumped into the Seine and rescued a man and a boy from drowning, for which he received the French “Humanité” medal.’ After 1888, Barry emigrated to Canada where he was a ranch-hand and sign painter. From Montreal, he travelled to the US, the South Seas, and finally settled at Saint-Jean-de-Luz in the southwest of France. Although he reputedly painted a portrait of President Woodrow Wilson, very few of his works are known.

Time Flies (1887) by William Gerard Barry is featured in SEEN, NOT HEARD until 28 October 2019. Catch it before it goes off display!