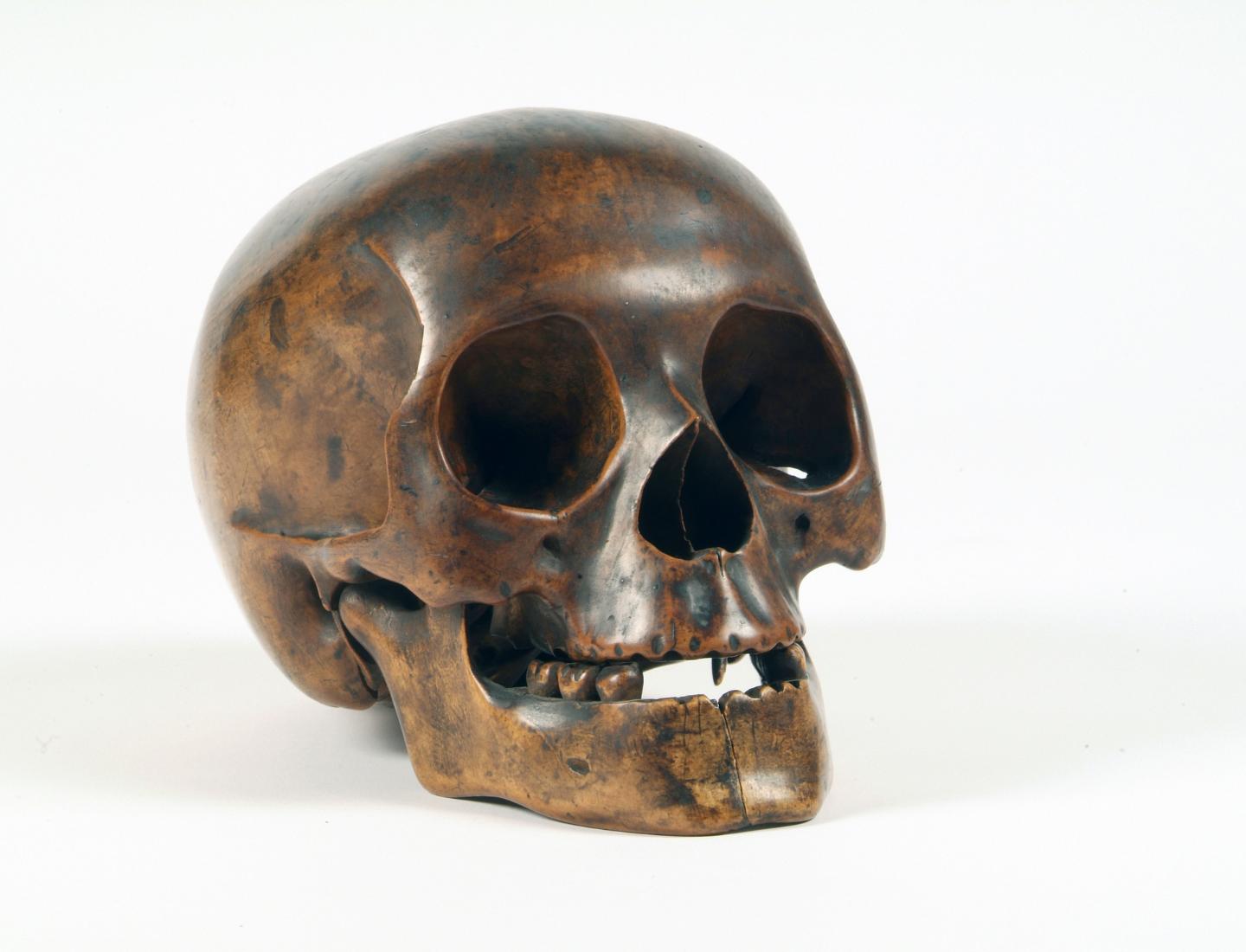 We’re getting in the Halloween mood with this WORK OF THE WEEK!

Not quite a tale of grave robbery – but also not far off – these fragments of a carved (wooden) Female Skeleton tell us about the study of anatomy in Cork two centuries ago!

In 1840, artist and antiquary George Petrie noted that these were among the first carvings made by John Hogan (1800-1858) after Sir Thomas Deane ‘provided him with the chisels.’

One of the first students of the Cork School of Art (now CIT Crawford College of Art & Design), Hogan also took lessons at the School of Anatomy – alongside fellow artist Daniel Maclise – close to his family home on Cove Street in the city’s South Parish. The young sculptor carved this, and a male skeleton, for its founder Dr John Woodroffe (1781-1859) in 1819 or 1820, as the use of real human remains was restricted by law.

Grave robbing to facilitate anatomical study was a reality of the early nineteenth century but – understandably – was met with public suspicion and fear. Accounts exist of such practice in Cork during Hogan’s own youth and, therefore, his carved pinewood skeleton functions as a reputable alternative!

Once fully articulated with copper nails and hinges, our life-size Female Skeleton, as Michael Hanna has noted, bears a strong resemblance to ‘the Cove Street bones’, human remains that were excavated by the Department of Archaeology, University College Cork in 1980.

Despite this colourful background, Hogan’s anatomical studies (skeletal and muscular) remain an extraordinary legacy and were left in our care by William Horatio Crawford (1812-1888). ‘For a young man,’ as art historian John Turpin (National College of Art and Design) has noted, ‘these studies are remarkable for their accuracy of observation and fluent command of the techniques of carving in wood.’

Female Skeleton including Skull (c.1819/20) by John Hogan is displayed in a cabinet close to the elevator on Floor 1.