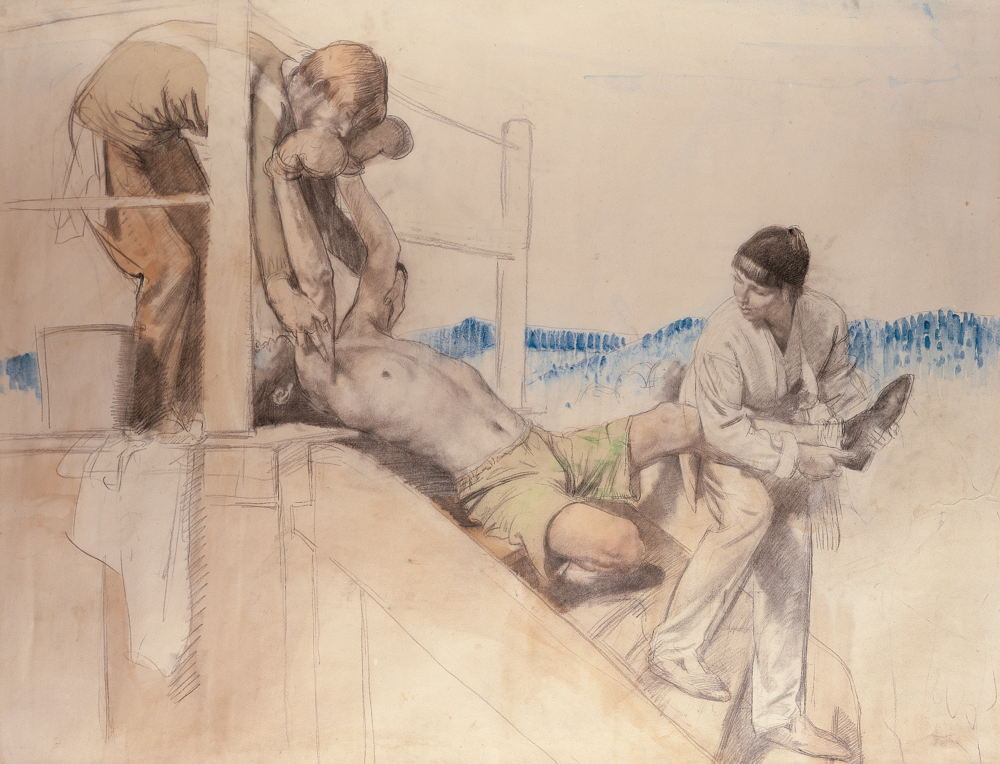 The Boxer (c.1914) by William Orpen is a pencil and watercolour study that came into the collection in 2012 when it was donated to the State as part of the AIB Art Collection. It depicts a boxer being assisted out of the ring by two figures, male and female, with the faint echo of a crowd beyond. It is closely related to another work by Orpen, featuring a victorious Jack Johnson, entitled The Winner (The Champ).

Close inspection of the left-hand figure in The Boxer reveals Orpen’s likely use of Keating as model – the younger artist was his assistant in 1914. In the following year, Orpen was commissioned as an official war artist and rose to the rank of Major, spending time at the Western Front near the Somme in 1917.

The Boxer (c.1914) by William Orpen is featured in MYSTERY & IMAGINATION: Harry Clarke Watercolours until 2 February 2020.