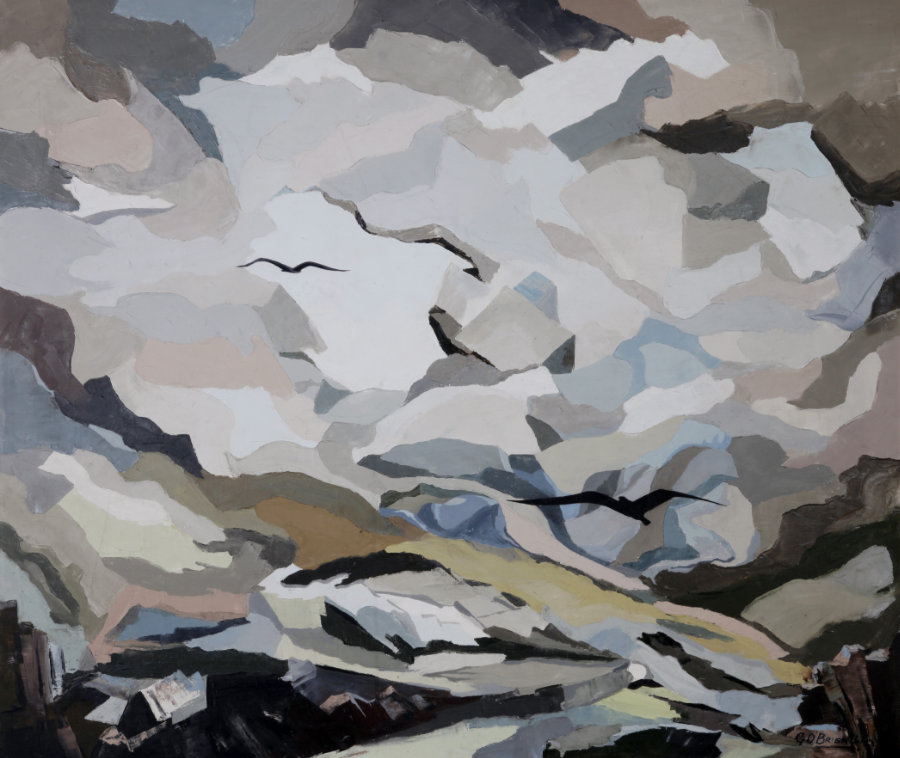 We’re ending 2021 on a high note with this WORK OF THE WEEK!

Where Eagles Fly (1967) by Gretta O’Brien is a semi-abstract painting that adopts an unusual viewpoint, which places the viewer within a mountainous landscape, perhaps even upon a peak. The artist modulates her limited colour palette to suggest forms that reside somewhere between clouds and a snowy or rocky crag, while two of the eponymous birds are described with economy.

The memory of these once more abundant birds of prey are embodied in our placenames, such as the Eagle’s Nest in Killarney National Park. Through conservation work in recent years, raptors like the golden eagle (Aquila chrysaetos) and white-tailed eagle (Haliaeetus albicilla) have been reintroduced to the Irish landscape and ecosystem.

Originally from Cork, Gretta O'Brien (1933-2017) spent her later life in Dublin and Wicklow. Her work also moved between abstract, Cubist paintings and more naturalistic landscapes. During her career, O’Brien exhibited with the Cork Arts Society, Grafton Gallery, Lavit Gallery, and Royal Hibernian Academy. Where Eagles Fly was purchased through our Gibson Bequest Fund in 1969.

Tune in to The Arts House on Cork's 96FM and C103 Cork every Sunday morning as Conor Tallon chats with assistant curator Michael Waldron about a work from the collection!