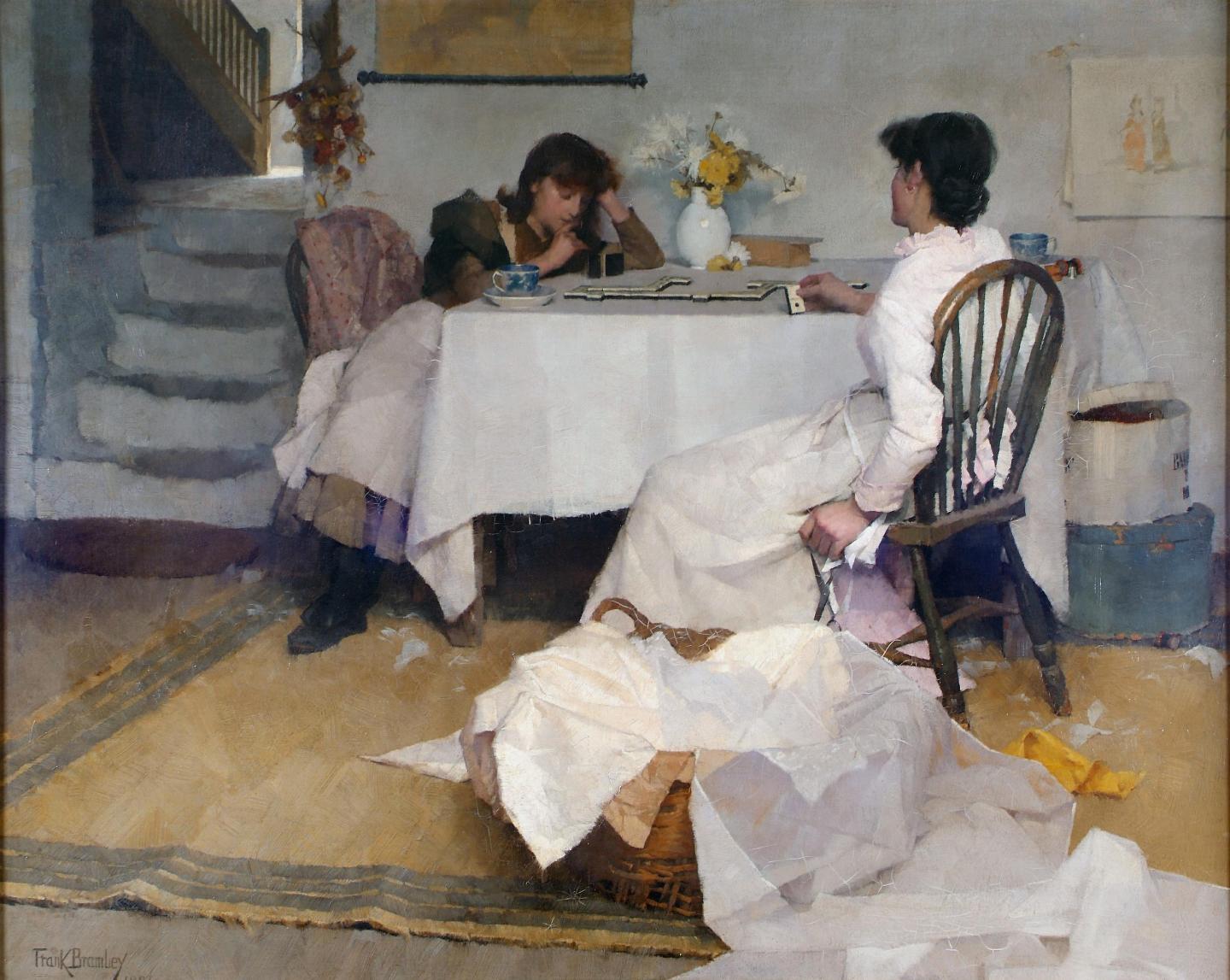 Domino! It’s a rainy day in Cork so we’re keeping indoors with this WORK OF THE WEEK.

Described by art critic Cristín Leach as one of the ‘most delightful’ works in the collection, Domino! (1886) is also one of Frank Bramley’s finest. In the painting, he uses ‘the flat of a square brush to lay the paint on the canvas in a jigsaw pattern of brush strokes, giving a particular vibrancy to the paint surface’ (Penlee House Gallery & Museum, Penzance). The muted tones employed by the artist, however, belie an internal tension within the painting that might not be apparent on first glance.

Depicting a seemingly quiet moment in the day of two women – perhaps seamstresses – the careful deliberation of one is opposed by the impatience of the other. On closer inspection, the figure on the right is more than ready to make her play, while an open scissors dangling from her left hand suggests the potential for domestic drama!

Frank Bramley (1857-1915) was one of the leading figures in the Newlyn School of artists. In 1886, not long after moving to Cornwall, he exhibited Domino! at the Royal Academy of Arts, of which he was made a member in 1911.