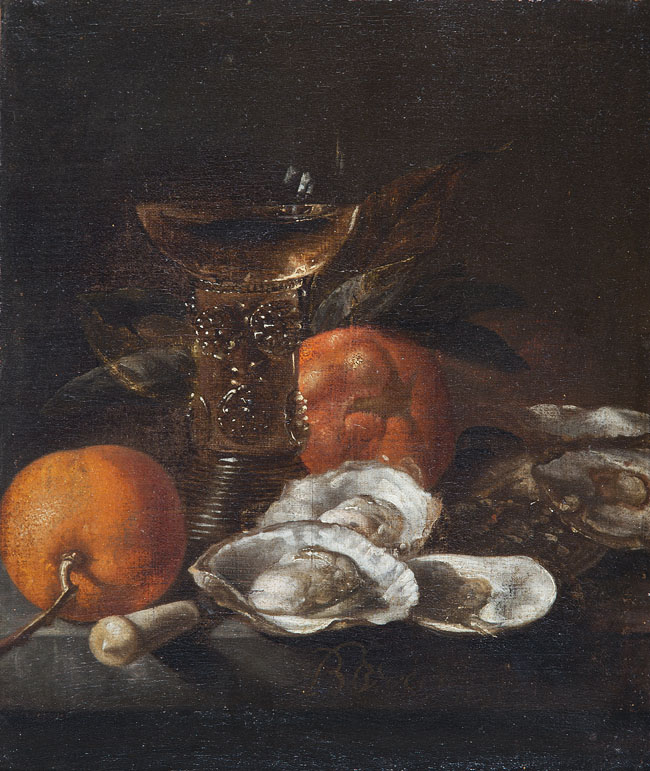 This WORK OF THE WEEK has us craving a Halloween feast!

Still Life with Fruit and Oysters (c.1680) by Barend van der Meer is typical of this genre of Dutch painting.

Rendering the various textures of the orange fruit, leaves, knife handle, goblet, and freshly shucked oysters, the artist has relished in the play of light across the various forms gathered, as they are, precariously on the edge of a table or ledge. This may be a vanitas allusion – a reminder of mortality and the transience of worldly goods.

Did You Know: Although in the collection since 2008, this painting is part of the Cooper Penrose Collection which was originally assembled at Woodhill House on Cork’s fashionable Lover’s Walk. The collection also included works by James Barry, Charles Forrest, Robert Hunter, Martin Archer Shee, and Jacques-Louis David.

Barend van der Meer (1659-c.1700) was a Dutch painter from Haarlem, where he was baptised on 20 March 1659. Both his father, Jan van der Meer (1628-1691), and brother, Jan Vermeer van Haarlem (1656-1705), were landscape artists. He was to specialise, however, in another genre: still-life. This is perhaps unsurprising given that he was a follower of celebrated painter Willem Kalf. In 1681, he joined the Sint-Lucasgilde (Haarlem Guild of Saint Luke) and, moving to Amsterdam, two years later married Geertruida Dusart (1665-c.1696) from Maarssen, near Utrecht.

Still Life with Fruit and Oysters (c.1680) by Barend van der Meer is featured in MEAT AND POTATOES until 6 November.