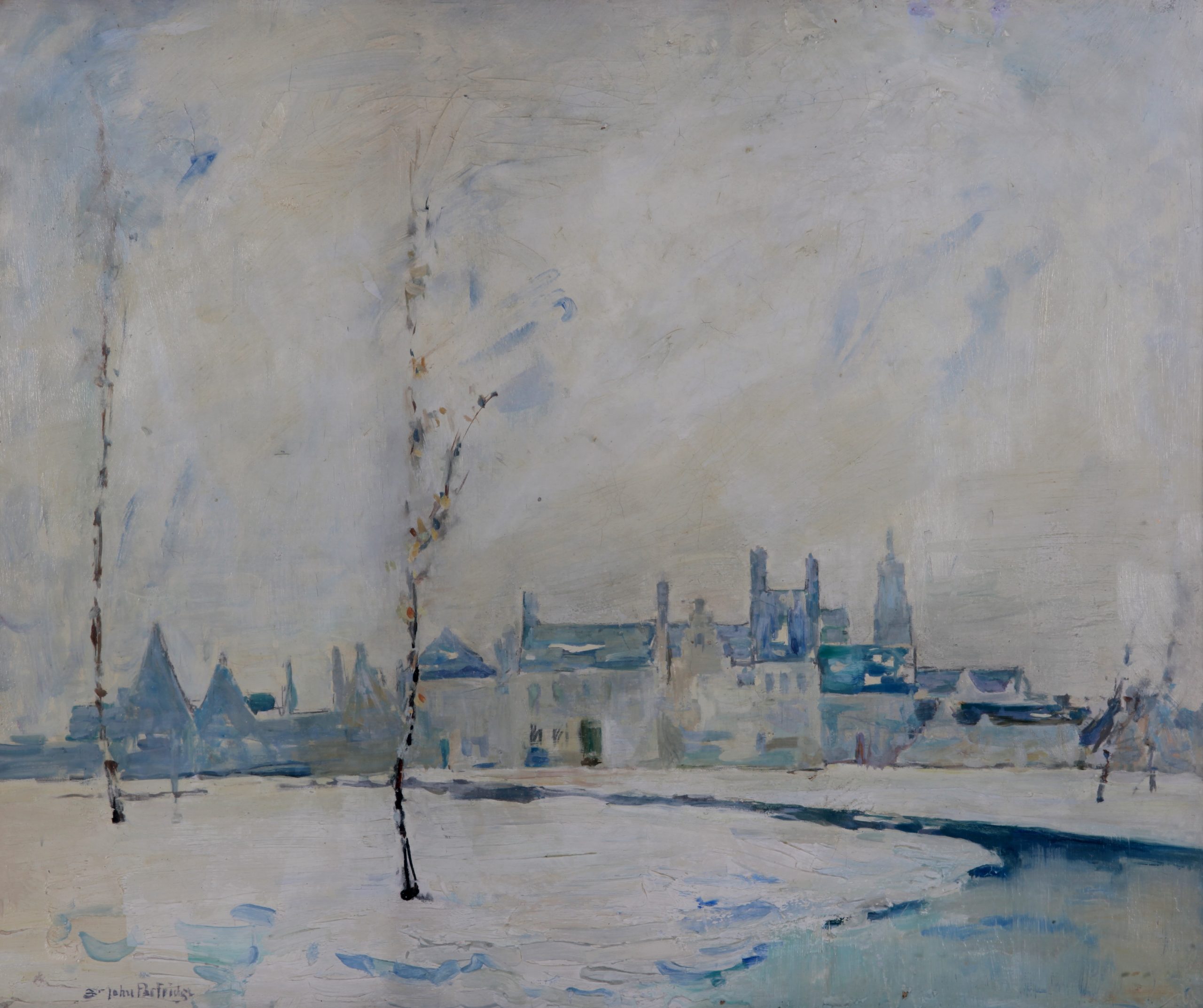 We’re dreaming of a ‘White Christmas’ with this WORK OF THE WEEK!

Did you know that Belgium Under Snow (c.1925) by Anne St John Partridge was one of the first works by a woman to enter the collection? We acquired it way back in 1926 and since then have collected the work of more than 150 women artists, most recently three sculptures by contemporary artist Janet Mullarney.

A native of Herefordshire, Anne St John Partridge (1855-1936) would move to London and, by her thirties, was said to have been of ‘independent means’. Spending time studying and working in Paris, she was to have a major influence on Irish artist Letitia Marion Hamilton (1878-1964), teaching her the techniques of Impressionism.

Partridge later lived at Walberswick, Suffolk and Cheyne Road, Chelsea, exhibiting extensively at the Royal Hibernian Academy, Royal Society of Painters in Water Colours, Royal Scottish Academy, Society of Women Artists, and Royal Academy of Arts. In a delicious twist after our own hearts, it has been noted that she ‘became younger in the census over the years.’

Presenting a winter wonderland to the viewer, Belgium Under Snow beautifully captures the particular atmospheric qualities of snowfall, the cold breath issuing from the ground, a landscape held spellbound. Curiously, this painting bears a strong resemblance to another work by the artist – Bruges Under Snow – a watercolour in the collection of Leamington Spa Art Gallery & Museum.