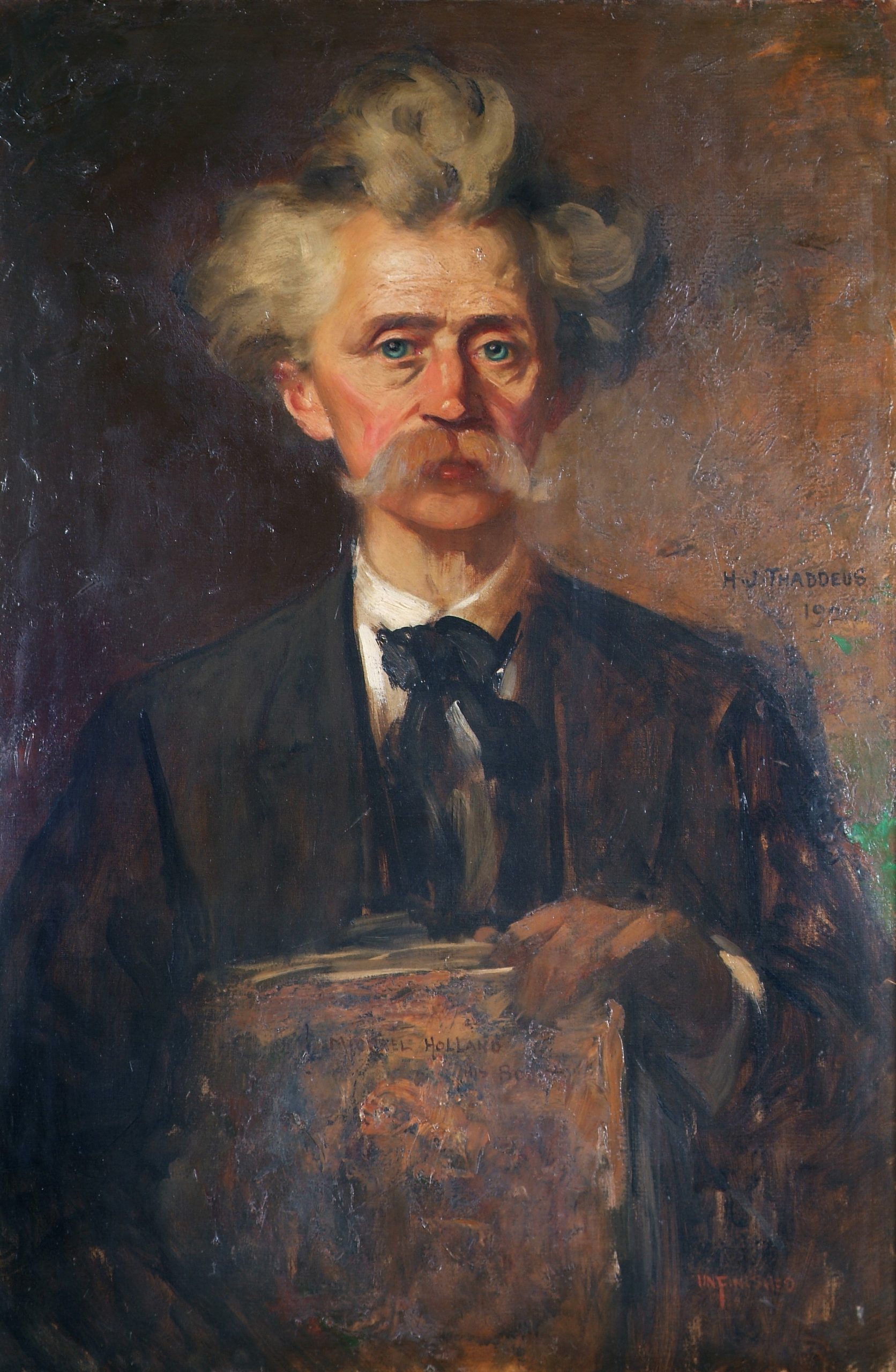 Tuesday feels like it’s Monday. One day late for Earth Day, but better late than never with this WORK OF THE WEEK!

We adore this affectionate portrait of a noted Corkonian – those eyes! that hair and moustache! Painted in 1920 by fellow Corkman Henry Jones Thaddeus, it presents a likeness of his sitter holding a book inscribed ‘Michael Holland, His Book’.

Michael Holland (1855-1950) was an artist, botanist, and historian, who also had expertise in the history of Irish lacemaking. A contributor to the Cork Examiner (now Irish Examiner), he was also a founder member, in 1891, of the Cork Historical and Archaeological Society, which still meets in our building! He lived at 8 North Mall, Cork, which today is close to the School of Biological, Earth, and Environmental Sciences, University College Cork.

From the age of ten, artist Henry Jones Thaddeus (1859-1929) studied at the Cork School of Art (now Crawford Art Gallery and CIT Crawford College of Art & Design). Here he drew from the Canova Casts and subsequently twice won the Taylor Prize. Continuing his education at the Académie Julian in Paris, the artist would go on to become a Fellow of the Royal Geographical Society. He relates many stories from his life and career in the memoir, Recollections of a Court Painter, culminating with his portrait of Pope Pius X (1903), which is also in our collection.

Tip your hat to this fabulous portrait of Michael Holland on our Grand Staircase!