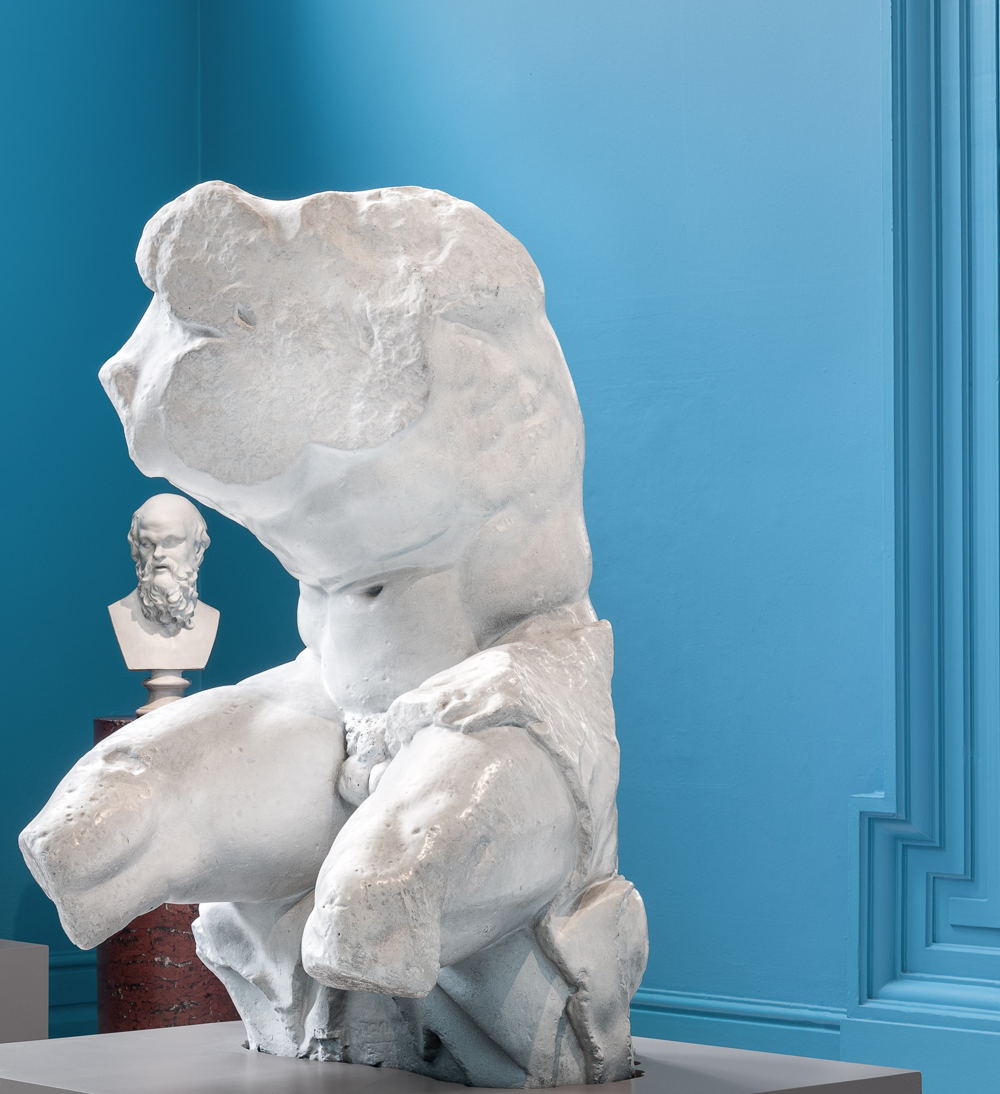 We’re going right back to the beginning with this WORK OF THE WEEK!

“This trunk is supposed to be part of a statue that represented Hercules become immortal,” announces the first exhibition catalogue for our Canova Casts in 1819. It goes on to state that “No antique sculpture existing, is executed in higher style.”

The ‘trunk’ in question is The Belvedere Torso, a sculptural fragment of a muscular male nude seated on an animal hide. As our 1819 catalogue notes, it is thought to depict the Greek mythological hero Hercules (Heracles) or possibly the warrior Ajax.

Our plaster cast is believed to have been made c.1816 under the direction of Neoclassical sculptor Antonio Canova (1757-1822). Inscribed by the artist, ‘Apollonius, son of Nestor, Athenian’, the ancient marble sculpture from which this object is cast is itself believed to be a Roman copy of an earlier Greek statue from the 2nd century BCE.

In the sixteenth century, Michelangelo (1475-1564) reputedly declined Pope Julius II’s request to restore the torso on the grounds of its imperfect beauty. The Torso evidently captured the famed Renaissance artist’s imagination as its form can be traced to a number of figures in his Sistine Chapel frescoes.

Fun fact: The Belvedere Torso – as with the Apollo Belvedere – takes its name from the Vatican complex in which it was installed during the sixteenth century: Cortile del Belvedere (or Belvedere Courtyard).

The Belvedere Torso (c.1816) is featured in RECASTING CANOVA in our ground floor Sculpture Galleries. Free entry and open daily.