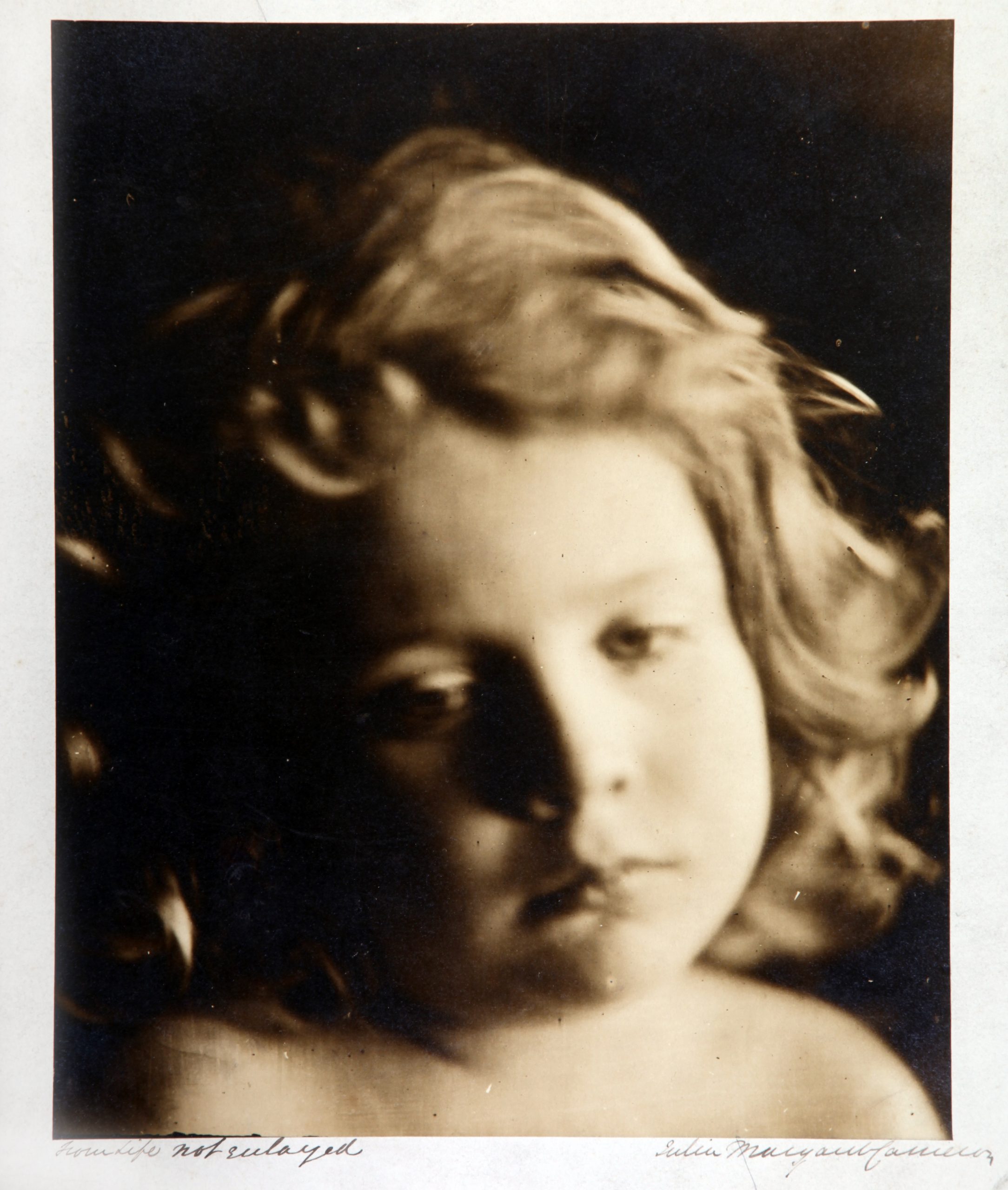 Portrait of a Child (1866) by Julia Margaret Cameron offers a typically innocent depiction of childhood from the Victorian period and is one of two works by the artist in the collection, both of which represent the oldest photographs in our care.

This work is one of several that Cameron made of Freddy Gould (b.1861) – a sailor’s son from Freshwater, close to her home ‘Dimbola’ on the Isle of Wight – during a relatively short, yet prolific career.

‘I began with no knowledge of the art...’ Although born in Calcutta, the pioneering photographer Julia Margaret Cameron (1815-1879) was educated in France and travelled widely from India to South Africa, England, and Ceylon (Sri Lanka). She took up photography, however, only late in life when, in 1863, her daughter gave her the gift of a sliding-box camera.

Cameron counted among her major photographic subjects, the naturalist Charles Darwin, poet Alfred Tennyson, and astronomer John Herschel, who first introduced her to photography in 1839 and was godfather to her first child. She would later describe her youngest, Henry Herschel Hay Cameron (1852-1911), as a ‘very remarkable photographer.’ She was elected to the Photographic Society of London in the 1860s and would reflect on her practice that ‘I longed to arrest all the beauty that came before me and at length the longing has been satisfied.’ One of her aims was to ‘ennoble’ photography as high art.

Although her soft-focus techniques were criticised by the (predominantly male) establishment, her reputation has grown significantly since her death 140 years ago. Her niece, Julia Prinsep Stephen (1846-1895), wrote the first biography of the artist, while Cameron’s experimental approach was a quality also possessed by her grandniece, Virginia Woolf (1882-1941).

Portrait of a Child (1866) by Julia Margaret Cameron is featured in SEEN, NOT HEARD, which must close on 28 October 2019.

Tune in to The Arts House with Elmarie Mawe on Cork’s 96FM and C103 Cork every Sunday morning as Conor Tallon chats with assistant curator Michael Waldron about each WORK OF THE WEEK!